Braintree clever on their travels and tough to beat 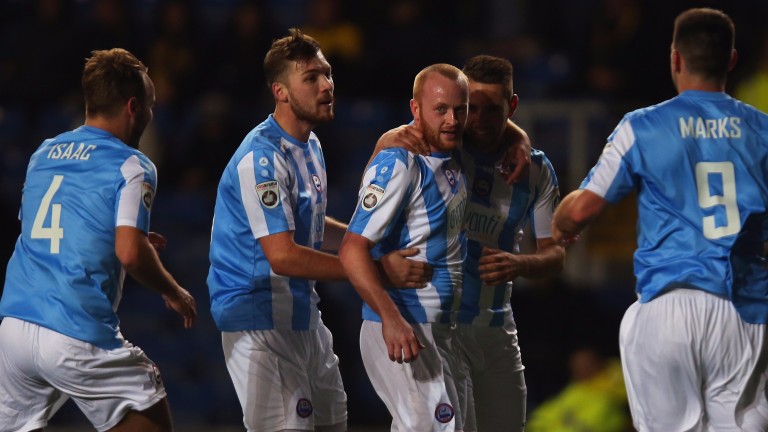 There’s been a spring in the step of Braintree since former Luton coach Hakan Hayrettin took charge and the Iron can continue their resurgence at Boreham Wood.

Braintree were in the bottom three of the National League when Jamie Day left the club two months ago but moved out of the relegation places after Saturday’s extraordinary 5-4 win at Southport.

They’ve lost only three of their last eight, a sequence that has included impressive away wins at Woking and Wrexham. Braintree have picked up more points on the road than at home and will fancy taking on a Wood side who were soundly beaten at lowly Guiseley on Saturday.

Boreham Wood have scored only 11 goals in 11 home games this season and that could spell danger given how free-scoring Braintree have become under Hayrettin.

That win for Guiseley might give them the belief they can finally end their dreadful away form. They haven’t found the net in their last five road trips but they’ve no reason to fear a trip to York, who are without a win in 14 games.

Elsewhere, home advantage and Premier League status doesn’t count for much in the EFL Cup quarter-finals with top-flight outfit Hull outsiders at home to Newcastle.

Tigers boss Mike Phelan is expected to name a full-strength side with only Ryan Mason (illnes) and Sam Clucas (suspended) absent.

Rafa Benitez has hinted at changes to his Newcastle side but he also has few concerns with only injured duo Rolando Aarons and Jesus Gamez unavailable.

There is Sky Bet League One action where Sheffield United can cut Scunthorpe’s lead at the top to three points by beating Walsall at Bramall Lane. The Blades are 4-9 to get the job done.

On the continent, there is a full Ligue 1 card this midweek as well as action in the Copa del Rey, with the big teams entering the competition, but the best bet looks to be in France where

Lille have won three times this season – all at home – and bounced back from a trio of 1-0 defeats with a draw against Nantes on Saturday.

Caen, though, are terrible travellers. They’ve played seven away matches in the league and taken one point out of a possible 21, while failing to score in five.

They are the only side to have beaten leaders Nice this season but that seems a long time ago now.