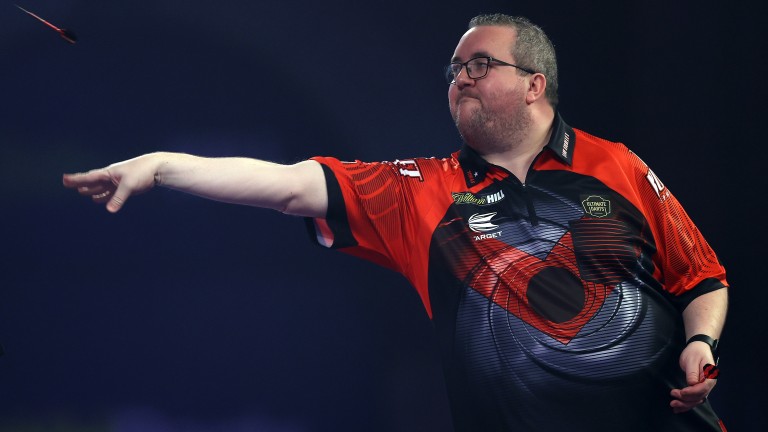 Free darts tips, best bets and analysis for day two of the Grand Slam of Darts in Wolverhampton.

Stephen Bunting’s remarkable 100 per cent record in the group stage of the Grand Slam came to an end on Saturday as he lost 5-4 to Ryan Joyce in his Group D opener but The Bullet can keep his qualification hopes alive with victory over Chris Dobey.

With Dobey also suffering defeat to Rowby John Rodriguez, this is a must-win match for both players and bookmakers are struggling to separate the pair.

However, Bunting has enjoyed a stellar year and was unfortunate in his opening match against Joyce as he averaged 106.70 and fired in three maximums.

A repeat performance from the World Championship and World Grand Prix semi-finalist should be enough to see off Dobey, who averaged 90.05 in a 5-3 loss to Rodriguez.

The next best bet on today's Grand Slam card is Michael Smith to get the better of his former mentor Gary Anderson.

Bully Boy averaged a shade over 100 in his deciding leg win over Raymond van Barneveld yesterday and he scored heavily throughout, throwing three maximums and ten scores over 140.

That scoring prowess should help him overcome old friend Anderson, who averaged just 82.39 in a 5-1 win over Joe Davis.

The Flying Scotsman is very hit-and-miss and has lost nine of his 17 matches since the beginning of October, whereas Smith boosted his confidence with victory in a Players Championship event just over three weeks ago.