Cherries could pile pressure back on Jose Mourinho 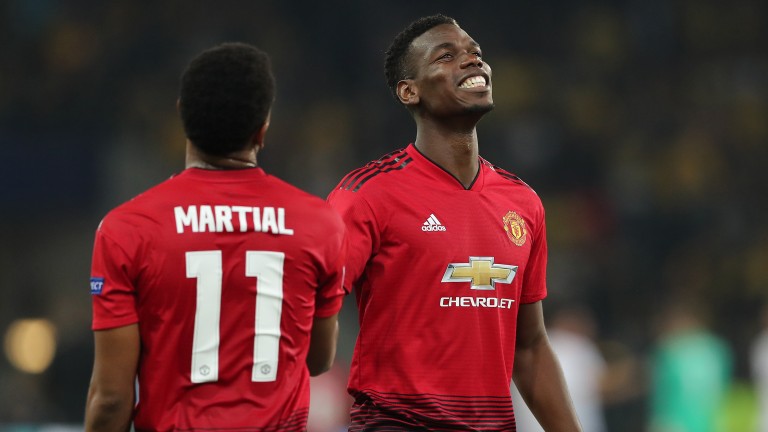 Jose Mourinho’s Manchester United were the last team to win at Dean Court in April but they are going to have a tough job replicating that success given the starts to the season these sides have made.

United are eighth in the Premier League standings as they head to Dorset, two places and three points below Bournemouth, whose stunning start to the campaign is proving to be no fluke.

Bournemouth have lost two of their ten league matches and both of those were on the road, at Chelsea and Burnley.

A slight caveat is that Chelsea are the only member of the big six they’ve played so far, so clearly there is a stern run of fixtures to come over the next few weeks, beginning against the Red Devils.

And while United may not be playing to anything like their potential and prone to throwing in some horrible efforts, they do have talent in their ranks and if they can replicate their performance in the 2-2 draw at Chelsea on their last away day then they represent a major test for anyone.

That inconsistency, however, means it’s proving costly backing them at short prices this season. They’ve won just six of 14 matches in all competitions and are easily swerved at 23-20.

The question is whether the Cherries can do enough themselves to land the odds, and the answer is quite possibly. They certainly look the value bet, although taking the cover of the draw-no-bet option looks wise.

Winners of eight of their last 12 in the Premier League, Eddie Howe’s men give the impression they are comfortable in their surroundings after three tricky campaigns following promotion.

That is the result of giving a manager time to flourish and financial backing, and they play a delightful brand of football which will test any opponent.

In Callum Wilson they boast a quick and potent centre-forward although it’s the impact of sparky support players like David Brooks and Ryan Fraser which really catches the eye.

Colombian World Cup star Jefferson Lerma, an unsung signing and a real coup, helps hold it all together and will happily go toe-to-toe with Matic and Pogba, and the upshot is a bright and breezy side who won’t go into a shell just because the opponents are United.

In previous campaigns that might have been a risk and certainly Howe would want to reign in his troops against teams like Liverpool or Man City. But Manchester United? They don’t get the ball forward at pace like some of the division’s other big powers, which ought to encourage Bournemouth to simply carry on what they’ve been doing against other opponents.

There are signs that United are improving after a difficult start. The Chelsea result and performance – their only away game in the past five weeks – was decent. But they followed that with a shocker at home to Juventus, an effort devoid of any ambition, and looked incredibly edgy in a narrow success against Everton.

Mourinho doesn’t trust his defence and nor should he. He’s used that many permutations but still has only one clean sheet to brag about. They’ve conceded nine goals on their travels – which is four more than bottom side Newcastle.

Team news
Bournemouth
Forward Josh King misses out with an ankle injury. Skipper Simon Francis will be given a late fitness test.

Man Utd
Marouane Fellaini is still injured while Antonio Valencia has also been ruled out.

Key stat
United have let in 17 goals in their opening 10 league games, compared to just four at this stage last season.