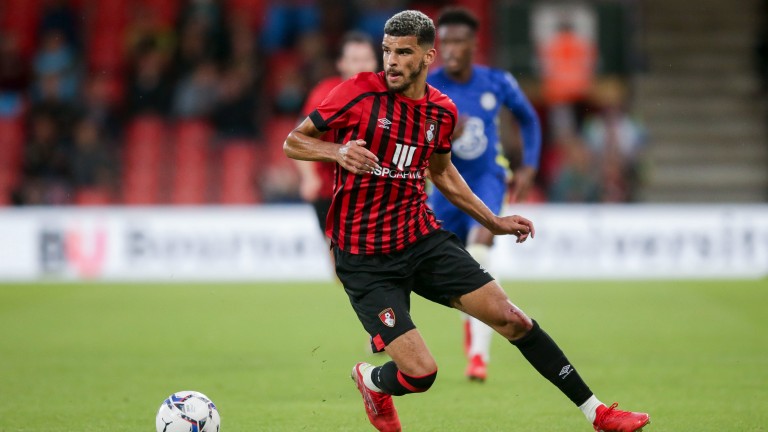 Bournemouth
Jefferson Lerma is suspended and Lewis Cook is injured. Chris Mepham is back after a ban but Steve Cook, Jack Stacey, Leif Davis, Ben Pearson and Arnaut Danjuma are doubts.

Scott Parker's Fulham side scored only nine goals in 19 home matches as they were relegated from the Premier League last season but a more expansive approach is expected from his new club Bournemouth.

The Cherries kick off their Championship campaign against West Brom, who went down alongside the Cottagers last term with the worst defensive record in the top flight.

The Baggies are also under new management, recruiting Valerien Ismael to lead their promotion challenge after taking unheralded Barnsley to the Championship playoffs last season.

Both Parker and Ismael proved last season that they can set up their teams to be hard to beat – none of Fulham's 16 games against the top-eight clubs in the Premier League featured over 3.5 goals.

However, it may take time for them to improve their new clubs' defensive attributes and, given the attacking quality in both squads, an entertaining opening game of the season is expected.

Ismael's two clashes with Bournemouth as Barnsley boss yielded a 4-0 home defeat and a 3-2 victory at the Vitality Stadium and he certainly has the personnel to rattle the home defence again.

Matheus Pereira's future at the club is in doubt after his impressive Premier League campaign but a front three of Matt Phillips, Karlan Grant and Grady Diangana should cause plenty of problems for second-tier opponents.

The Baggies scored 15 goals in nine top-flight games from April onwards and six of those fixtures were against top-half teams.

Bournemouth, beaten by Brentford in the playoff semi-finals last season, have already had one competitive fixture this term, thumping MK Dons 5-0 in the first round of the EFL Cup.

There was no fluke about that scoreline as the Cherries had 21 attempts on goal, 13 of them on target, as David Brooks scored twice and Dominic Solanke, Philip Billing and Christian Saydee also opened their accounts for the season.

Young Irish midfielder Gavin Kilkenny also caught the eye as a creative influence and Bournemouth, who did the double over champions Norwich last term, should be confident of landing a blow on promotion rivals West Brom.

They certainly look stronger going forward than in defence for this fixture. First-choice goalkeeper Asmir Begovic has left for Everton, while centre-back Steve Cook is doubtful and midfield anchor Jefferson Lerma suspended so attack could be the best form of defence in their first league outing under Parker.

West Brom scored in eight of their last nine Premier League matches in 2020-21.