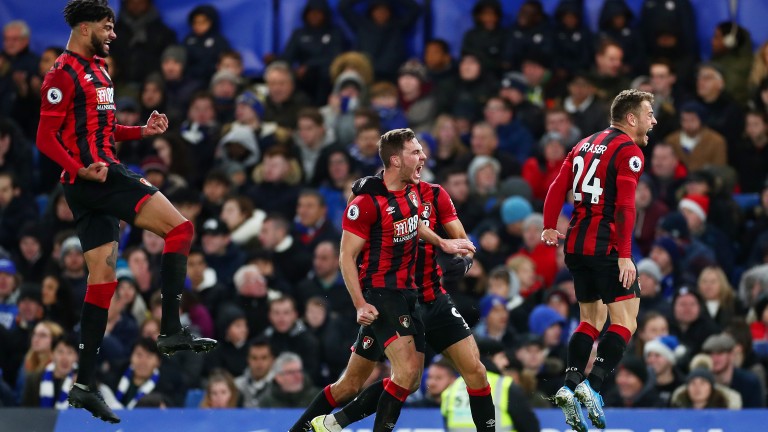 Bournemouth
Eddie Howe revealed he will make late calls on a couple of players but did not reveal their identities. Jack Stacey (thigh), Charlie Daniels (knee), Adam Smith and David Brooks (both ankle), Nathan Ake, Lloyd Kelly, Joshua King (all hamstring) and Arnaut Danjuma (foot) are sidelined. Chris Mepham (knee) has been ruled out for 12 weeks.

Watford have registered successive Premier League victories for the first time this season but they may have to settle for a draw against relegation rivals Bournemouth at the Vitality Stadium.

Bournemouth and Watford were promoted together in 2015 but both are having difficult campaigns and are stuck in the bottom three with 17 games remaining.

Bookmakers consider the third-bottom Cherries to be at greater risk and they are probably correct because Eddie Howe's injury-hit side have had a miserable couple of months.

They kicked off November with a well-deserved 1-0 victory at home to Manchester United which lifted them to seventh, but they have lost eight of their last ten league fixtures and were battered 4-0 by West Ham on New Year's Day.

Howe responded to the dreadful showing at the London Stadium by sending out a strong team to face Luton on FA Cup third round weekend and he was rewarded with a 4-0 home victory.

Callum Wilson was among the scorers, notching his first goal since September, and should feel more confident as Bournemouth approach a crucial stage of the campaign.

Five of Bournemouth's next six games are against fellow strugglers and it is crucial that they make them pay by climbing well clear of the relegation zone.

If not the outlook will be extremely bleak because the Cherries have a lot of tough matches on their schedule, including trips to Liverpool, Wolves, Manchester United and Manchester City.

Howe needs Bournemouth to get back the levels they were reaching earlier in the season but it is going to be tough because he is missing some key players.

Talented winger David Brooks has not played this season and Bournemouth's best defender Nathan Ake has been missing with a hamstring tear since early December.

Fresh talent may be added in the transfer window but if Bournemouth fail to improve their survival will be in doubt.

Watford's plight looks less urgent because, although they are one point worse off, they are on a decent run.

Since the appointment of Nigel Pearson last month they seem to be working harder and are playing with more attacking intent.

Keeping the front three fit will be key to the Hornets' survival hopes because their defence remains vulnerable.

Watford will be without two of their regular back four at Bournemouth with left-back Kiko Femenia injured and centre-back Christian Kabasele suspended, so there will be an onus on midfielders Nathaniel Chalobah, Etienne Capoue and Abdoulaye Doucoure to provide plenty of protection.

It is a game Watford would love to win but is also a contest they dare not lose, given the damage it may do to their rediscovered confidence.

Bournemouth may take a similar view by prioritising the avoidance of defeat and a cautious approach would increase the chances of a draw.

There have been nine draws in the last 12 meetings between Bournemouth and Watford.