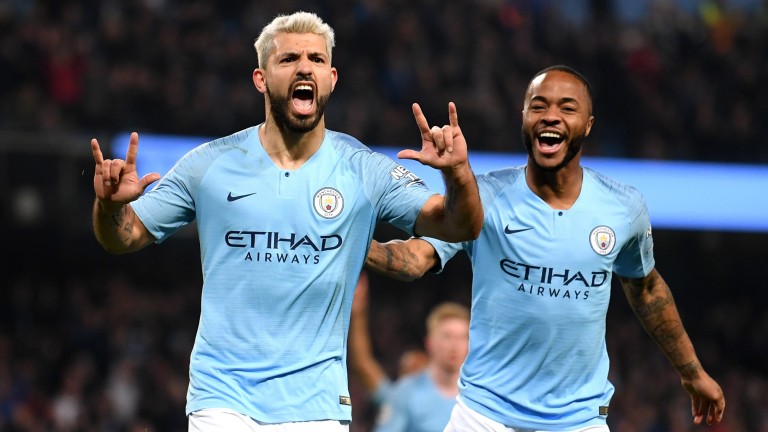 Sergio Aguero and Raheem Sterling can get Manchester City off to a fast start
Laurence Griffiths
1 of 1
By Liam Flin 8:00PM, MAR 1 2019

Bournemouth's 5-1 capitulation at the Emirates on Wednesday was their final match away to top-six opposition this term but they will be wary of another thumping when they welcome champions Manchester City to the south coast.

Pep Guardiola's men will want to make a statement after scraping a 1-0 win over West Ham in midweek and, having notched first-half goals in ten of their last 12 league games, they can start strongly.

The Cherries were thoroughly outplayed in the reverse fixture, losing the shot count 16-4 and amassing just 26 per cent possession, and it could be a long afternoon for Eddie Howe's men.

Team news
Bournemouth
Callum Wilson could be in line for a return after six weeks out while David Brooks may make the squad again but Jefferson Lerma is suspended.

Manchester City
John Stones and Gabriel Jesus could come back after muscle injuries while Aymeric Laporte and Fernandinho may also return.

Key stat
Manchester City have scored in eight of their last nine away matches in the league.