Everton can claim rare away win at Bournemouth 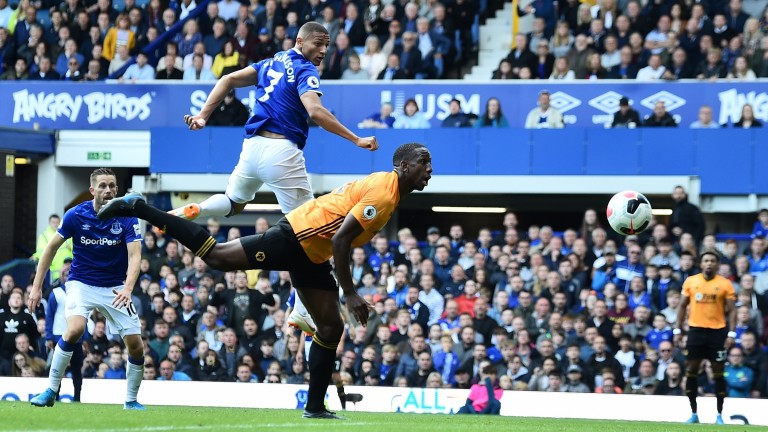 Bournemouth’s defensive struggles were an issue which ultimately didn’t prove costly last season, but they are looking leaky again and that has to give Everton the belief they can pull off a rare away win.

Eddie Howe’s Cherries shipped 70 goals in 2018-19, a number topped only by Fulham and Huddersfield, who went down.

Already this term Bournemouth have failed to keep a clean sheet in four games, have let in eight goals in those fixtures and, given they are conceding 15.5 shots per game, probably feel a tad relieved to have four points on the board.

Howe never did manage to bring in the top-class keeper he yearned over the summer and he doesn’t have a recognised left-back in his first-team squad, either. Nathan Ake and Diego Rico have both been deployed there but neither is comfortable in that position.

All of that has to encourage Everton that they can leave Dorset with three points and they look the bet to have.

Their away record hasn’t been the greatest in recent times, though they have drawn three of their last four games, including a 2-2 at Tottenham at the end of last season. A 4-2 win at Lincoln in the League Cup last month might not be worthy of many headlines but it would have given Marco Silva’s men a lift.

They have also lost only one of their last nine games in all competitions.

While Everton’s recent away record is modest so too is Bournemouth’s at Dean Court, where they have won just one of their last eight matches in the top flight.

Those concerns over Bournemouth at the back may well prove pivotal.

Silva will throw plenty of ammo at the home rearguard. Richarlison, with two goals in the 3-2 win against Wolves last time out, will lick his lips at taking on a makeshift left-back. And if he doesn’t win that battle Silva is likely to let Alex Iwobi have a go. Iwobi has settled in beautifully and looks a threat on the other side of Gylfi Sigurdsson.

Silva landed another coup by signing Fabian Delph and if Moise Kean can hit it off at number nine the jigsaw will be almost finished.

Everton look potential top-six challengers while Bournemouth, for all the pace and potency of Josh King, Ryan Fraser, Harry Wilson and Callum Wilson, are too full of errors and seem set for a season fighting the drop.

Goals should be expected on the evidence of the teams' eight previous top-division duels which have produced 31 at 3.875 per game.