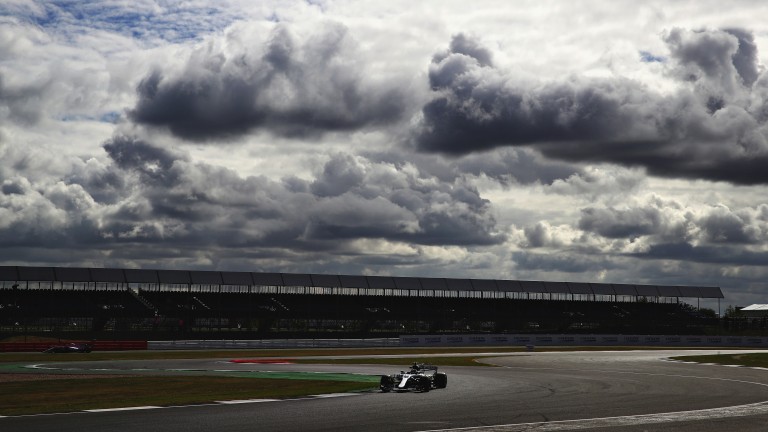 Mercedes have won the British Grand Prix for the last four years and the Silver Arrows were on top again on day one at Silverstone.

Valtteri Bottas, winner in Austria last Sunday, was fastest in both of Friday's practice sessions.

But there was only 0.78 seconds between the Finn and teammate Lewis Hamilton in morning practice, while Hamilton’s best time in the afternoon – just 0.047 seconds slower than Bottas – was set on the slower soft compound tyres. He made a mistake on his run on the supersoft rubber.

The sweeping curves of Silverstone reward cars with superior aerodynamics, which favours the likes of Mercedes and Red Bull compared to Ferrari at the front end of the grid, and favours McLaren and Toro Rosso at the expense of Haas and Williams among the midfield runners.

It looks like only Ferrari could seriously rival Mercedes in qualifying, and then only if they have been easing in their upgraded engine this weekend.

The Italian team may not unleash their new power unit’s full potential until qualifying but even then this looks to be a Mercedes circuit.

Punters who fancy Ferrari to show what they’ve got in this morning’s final practice can get 11-2 on Sebastian Vettel going fastest in the warm-up and 10-1 about Kimi Raikkonen, who was faster than Vettel in both of the first two sessions.

Bookmakers are firmly in the Hamilton camp for the one-lap battle, and Bottas looks the value pick, even though he was hit with a five-place grid penalty on Friday evening for an unscheduled gearbox change.

That means he can start no higher than sixth even if he goes fastest in qualifying, but he won't want to be any lower than he has to be on the startline on Sunday so should be gunning to be fastest on Saturday. He drifted to 5-1 from 3-1 for race victory with bet365 as the news broke but his qualifying odds were unchanged.

Bottas has taken pole in Bahrain and Austria in his first season with the team after moving from Williams to replace the retired Nico Rosberg and has never qualified lower than third.

His confidence must be high after his lights-to-flag success at the Red Bull ring and the track suits his gutsy style of driving.

After qualifying 16th in 2013 in his rookie season, he was second in the Silverstone race from 14th on the grid in 2014, a handy fourth in qualifying in 2015 and last year he started the race seventh, lining up five places ahead of teammate Felipe Massa.

Hamilton has taken pole for his home race four times in ten attempts, including three of the last four years, but his full Saturday form at the Northamptonshire track reads 1-4-19-4-10-8-1-6-1-1.

There will be no excuses for any of the front-runners as both the Mercedes pair and their Ferrari rivals have fresh engines for this race.

Betway go 1-6 that either of the Mercedes takes pole with the Ferraris paired at 6-1 by Betway and Sky Bet.

Hamilton is 8-13 to win the race and evens for the world title with championship leader Vettel 6-5.

Fernando Alonso will have been happy enough with the improved performance of the McLaren, although he also faces a five-place grid drop for using too many new engine components.