Finn has fine record in Montreal 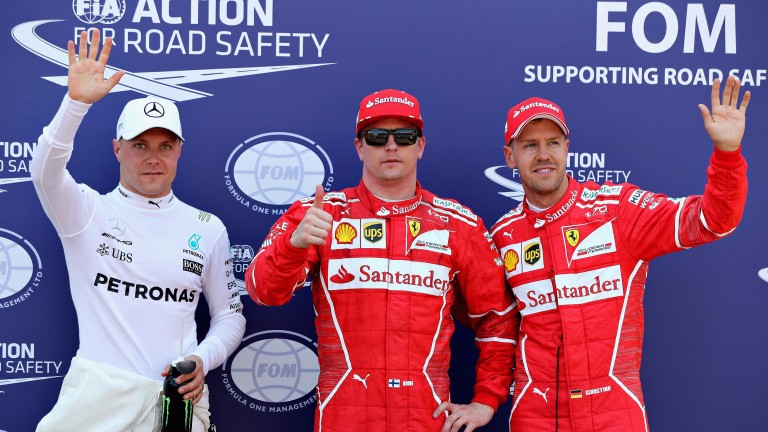 Valtteri Bottas (left) got closest to the Ferraris in qualifying in Monaco last time
Mark Thompson
1 of 1
By Adam Scriven 7:57PM, JUN 8 2017

For the first time since 2013 Mercedes are on the back foot.

Lewis Hamilton trails Ferrari’s Sebastian Vettel by 25 points after the Scuderia’s dominant one-two finish in Monaco last time, and there is no guarantee he will be able to narrow the gap at this weekend’s Canadian Grand Prix.

Hamilton has an enviable record at the Circuit Gilles Villeneuve near Montreal, where he has won five times including the last two years.

However, Vettel may have beaten him last year but for a strategy gamble not paying off for Ferrari, and the Italian team are clearly in much better shape this time.

Daniel Ricciardo took his first career victory at the track in 2014 after both Mercedes ran into mechanical trouble.

His Red Bull team showed a dramatic upturn in form at Monaco, but the power deficit of their Renault engines will be much more of a handicap this weekend.

As was the case in Monte Carlo, Pirelli’s softest compounds of tyre will be in use this weekend, and with all the teams stocking up on ultrasofts that doesn’t bode well for Mercedes.

They have tended to be at their best on harder compounds and have struggled when the softest tyre is the rubber of choice.

That didn’t stop them setting the pace in first practice in Monaco, however, and the smart money could be for them to repeat the feat.

Hamilton is just evens to top the first session, but teammate Valtteri Bottas – who scored two of his final three podiums for Williams at the track – looks value at 9-2.

Stakes should be kept small as there is a risk of thunderstorms hitting the area, which could turn the session into a lottery.