Both teams capable of hitting the target 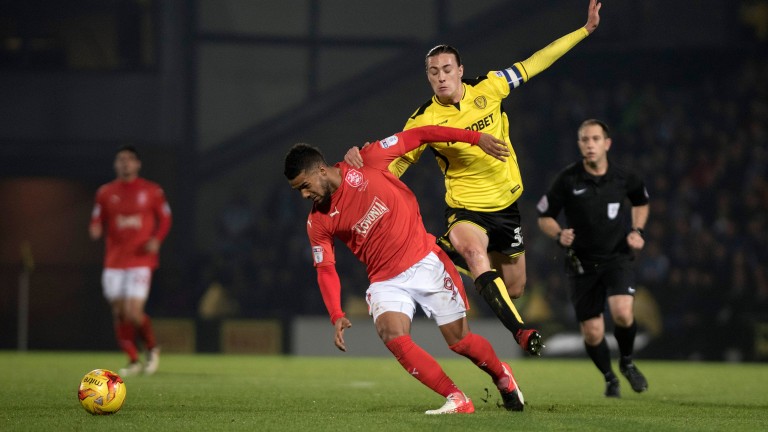 Two teams chasing promotion to the Premier League do battle in the Sky Bet Championship and a pair of dangerous attacking units appear capable of putting on a show at the John Smith’s Stadium.

Bookmakers cannot split Huddersfield and Brighton in the match betting – they are both 9-5 – and there is nothing clear-cut about this meeting between clubs dreaming of securing a top-flight berth for next season.

Chris Hughton’s Brighton are in the Championship driving seat.

The Seagulls have chalked up 60 points – two more than main rivals Newcastle before the Magpies played last night – and while 35 of those have come at home, they demonstrated their capabilities on the road by going nine matches unbeaten between August and January.

That record came to an end when they lost to Preston last month and the Seagulls met with a second straight away defeat on Sunday when they were shocked by National League Lincoln in the FA Cup.

Hughton opted to rest the majority of his key players for the trip to Sincil Bank, however, and they should be raring to go as they look to solidify their place at the top of the table. But they face a team who are fighting to hold on to a top-six spot.

David Wagner’s Terriers are a solid outfit on home soil. They have lost just twice at the John Smith’s Stadium this season, including an unlucky defeat against Wigan when they were denied a blatant penalty.

Both sides possess plenty of quality in attack and strengthened their squads in the transfer window. Brighton moved to bring in Arsenal’s Chuba Akpom, who should add a spark and knows the division after last season’s spell at playoff winners Hull.

Wagner signed up compatriot Collin Quaner, who opened his goalscoring account against Rochdale at the weekend.

He may have to make way for Nahki Wells in attack but could make a significant contribution from the bench. Wells and top goalscorer Elias Kachunga are both lively players and likely to cause trouble for Brighton.

While the Terriers possess an impressive home record, they have defensive frailties and Wagner would have been pleased to see his team keep clean sheets against Port Vale in the FA Cup and against Ipswich in their last league outing.

But Brighton have attacking power in abundance with Glenn Murray, Tomer Hemed and Anthony Knockaert notching 30 league goals between them this season.

Bookmakers expect this to be fairly low-scoring affair but that might not be the case. Despite their lofty standing, Huddersfield have kept just three clean sheets at home in the league. They have failed to score on just one occasion and should notch against a team who offer up opportunities away from home. Both teams look likely to find the net.

Huddersfield
Joe Lolley has recovered from injury and should return to the Huddersfield squad. Jack Payne (suspended), Kasey Palmer (hamstring) and Sean Scannell (ankle) will all miss out.

Brighton
Bruno should return at right-back for the Seagulls but Gaetan Bong will not recover in time. Dale Stephens missed Saturday’s FA Cup tie but is set to be fit. Sam Baldock is doubtful.