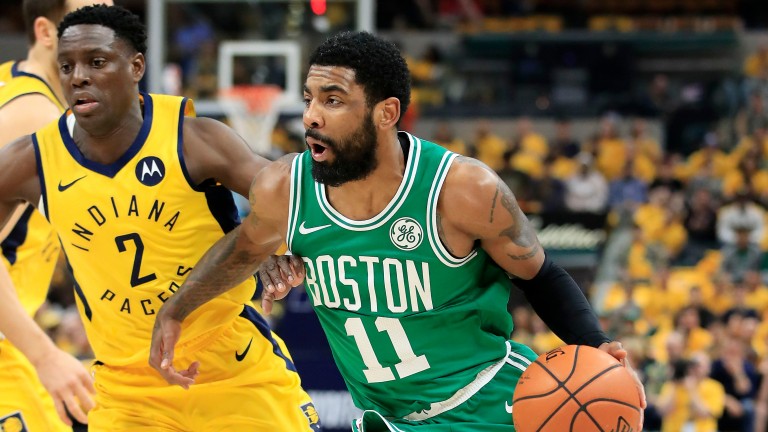 Bookmakers say the Bucks will win this with something to spare. The top-rated side in the East are 4-11 pokes to beat Boston in their conference semi.

But are we seriously writing off the Celtics, a fully-fit Celtics who have played the same eight-man rotation in their 4-0 romp past Indiana, boast a real chemistry and have become masters in the art of going again just when everyone is starting to write them off?

If it was all about the Bucks' star man Giannis Antetokounmpo, known as the Greek Freak, then yes, Milwaukee would be worthy favourites. Antetokounmpo hasn’t even broken sweat yet postseason. So effortlessly did Milwaukee take apart Detroit that the Freak has averaged just 28 minutes per game and was still scoring at 26 a time.

So he’ll be fresh so Al Horford and Semi Ojeleye will have their hands fulls as Boston try to stand in the way of the most destructive arc man in the game right now.

But Boston can hit back with Kyrie Irving, in the form of his career and a man who has Eric Bledsoe’s number. Jaylen Brown and Jayson Tatum get better and better as part of a team who are playing as a team.

If Antetokounmpo can blast his way to the basket often enough the Bucks become close to unstoppable and a sweep becomes entirely plausible.

But he didn’t even come close to a test in round one, but in round two he very definitely faces one.