Boro and United could cancel each other out 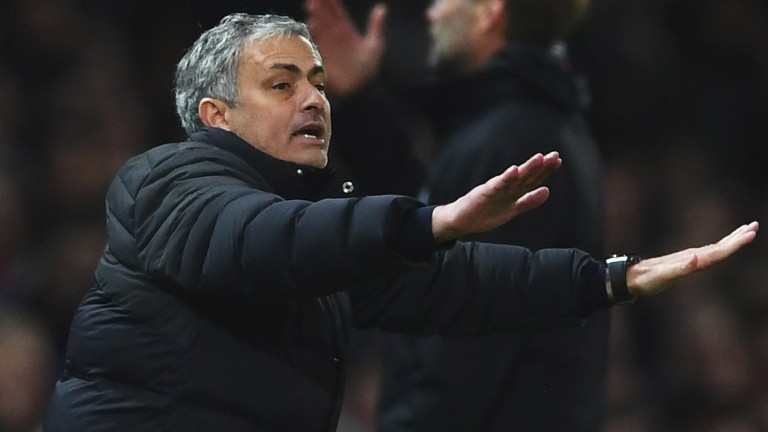 Manchester United boss Jose Mourinho oddly predicted a Middlesbrough win at the Riverside, but Steve Agnew’s side may have to settle for a point.

The irritated Portuguese is seething over the fact that his team have played twice since Boro’s last match eight days ago, and with injuries and a key suspension he fears the worst on Teesside. Or so he says.

There’s little doubt that United aren’t at full-strength and some players look jaded while there ought to be a spring in the step of the Middlesbrough men, many of whom had apparently had enough of Aitor Karanka, who was fired on Thursday.

Yet for all that, it’s still hard to make a case for the bluntest attack in the land against a side with a trophy already stashed away and pretensions of a top-four finish.

A draw is a result that does little for either side, but it looks
a decent wager.

These two clubs are the section’s draw experts, with a division-high ten stalemates each going into this weekend, and while a another draw would extend Middlesbrough’s winless run in the Premier League to 11 and keep them firmly in the bottom three, it would still represent a relatively decent outcome.

Anyone who has backed Boro for the drop will be hoping Agnew doesn’t have the same Midas touch Craig Shakespeare appears to be having at Leicester.

The caretaker boss has been preaching positivity, creativity and a desire of goals, but there has been precious little evidence of that while he’s been on the coaching staff and the bookies haven’t been persuaded.

Agnew has strikers to choose from but it’s not clear if Rudy Gestede or Alvaro Negredo will lead the line. Neither has been covering himself in glory though the service from a very one-dimensional midfield has generally been poor all season.

Agnew can dish out the right soundbites, but he can’t change his squad.

Mourinho is similarly handicapped, to the extent that he could possibly field a central midfield pairing of Marouane Fellaini and Michael Carrick which will hardly encourage punters.

Paul Pogba is out, so too Zlatan Ibrahimovic. Experiments with a back three may have to be jettisoned for today.

United have lost only one of their last 12 – Monday night’s FA Cup tie at Chelsea – so probably merit their short odds.

Middlesbrough, whose four wins this season came against sides who started the weekend in the bottom seven, haven’t won a match since before Christmas so deserve to be big outsiders.

These two are involved in the lowest-scoring games in the top flight – Boro’s matches average 1.8 goals, United’s 2.35. Under 2.5 goals looks an obvious wager, as does both teams not scoring.

United should have the extra class in attack, especially if Anthony Martial is fit, but Boro have been defensively outstanding this term.
Backing under 1.5 goals or no goalscorer should also come into consideration.

Team news
Middlesbrough
Caretaker boss Steve Agnew will be without Calum Chambers, Daniel Ayala and George Friend for his first game in charge but could welcome back Bernardo Espinosa and Rudy Gested after injury.

Manchester United
Ander Herrera and Zlatan Ibrahimovic are suspended. Paul Pogba is out with a hamstring injury while Wayne Rooney and Daley Blind are doubts.

Key stat
Middlesbrough have managed one goal from open play in their last eight league games.