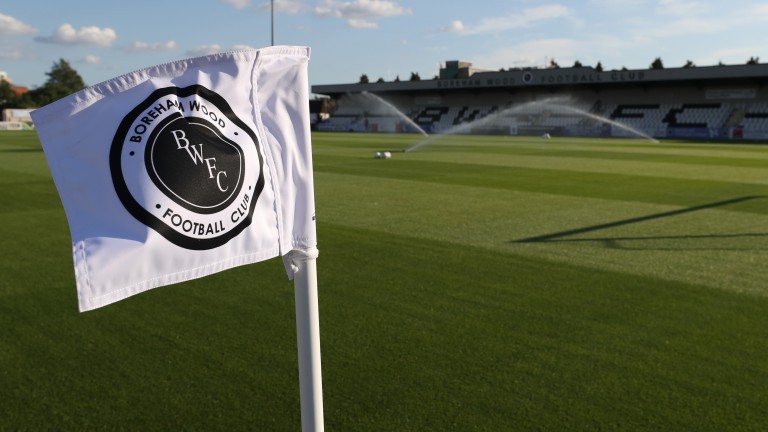 Boreham Wood were beaten in the National League playoff final by Tranmere two years ago but their hopes of another trip to Wembley may become more realistic after victory over Halifax.

Last season was one to forget for Wood, whose Wembley heartbreak was followed by them finishing fifth from bottom, but Luke Garrard has rediscovered the winning formula this season and the Hertfordshire hosts are back to being a National League force.

Wood finished the season with a flourish to book their playoff spot, losing only one of their final 19 league games, and they did so boasting the division’s fourth-best defence.

No side lost fewer than their nine defeats from 37 National League games, and although the fourth-month layoff is of some concern, it is the same for both teams and Garrard looks to have the stronger squad.

In Kabongo Tshimanga and Tyrone Marsh, who combined to score 42 of their 55 league goals, Wood have two strikers in the form of their lives while the experience of Matt Rhead, Ricky Shakes and Tom Champion is invaluable in situations such as these.

Halifax remain capable but losing striker Liam McAlinden to Stockport in January was a blow and they won only one of their final five games prior to the lockdown.

The visitors recorded victory in only seven of their 17 away matches this season, failing to score six times, and they were beaten 2-0 at home by Boreham Wood in their only previous meeting this season.

Halifax failed to score in four of their final five games.