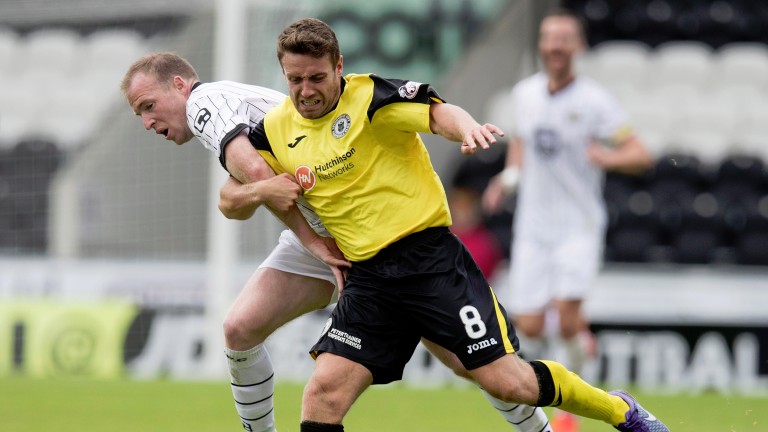 Edinburgh have won 11 games in a row, sit proudly on top of Ladbrokes League Two and are still available at a shade under evens for their trip to struggling Stirling on Saturday.

The capital side were written off as no-hopers at the start of the campaign in what is just their third season in the Scottish League.

But they have been outstanding and even showed their mettle a couple of weeks ago with a 4-1 win at highflying Ladbrokes League One outfit Arbroath in the Challenge Cup.

Blair Henderson is already on 15 goals for the season and he will fancy adding to that at Forthbank against a Stirling side under new management.

Former Aberdeen and St Johnstone defender Kevin Rutkiewicz took charge this week and he'll do well to lift morale for a team who have lost four on the spin.

In the same league, Peterhead should underline their title credentials against Clyde, who seem to be sending out their usual distress signals.

Danny Lennon had the Bully Wee going along nicely until the wheels have come off in the past two weeks with dismal defeats at Queen's Park and then to Cowdenbeath in the William Hill Scottish Cup.

They've scored three goals in each of their last three games, although they made hard work of seeing off Lowland League side Kelty Hearts in the cup last week.

They are packed with experienced campaigners such as Rory McAllister, Derek Lyle, Simon Ferry and Willie Gibson and can match title rivals Edinburgh with a win at Broadwood.

Raith reappointed John McGlynn as manager earlier this month and they can end a poor record with a win at Forfar.

The Fifers have had to heavily rely on 13-goal striker Kevin Nisbet, but McGlynn has demanded others chip in with goals too.

Rovers have failed to win in their last three visits to Station Park, but there are signs they are improving and should be too strong for the Angus outfit.