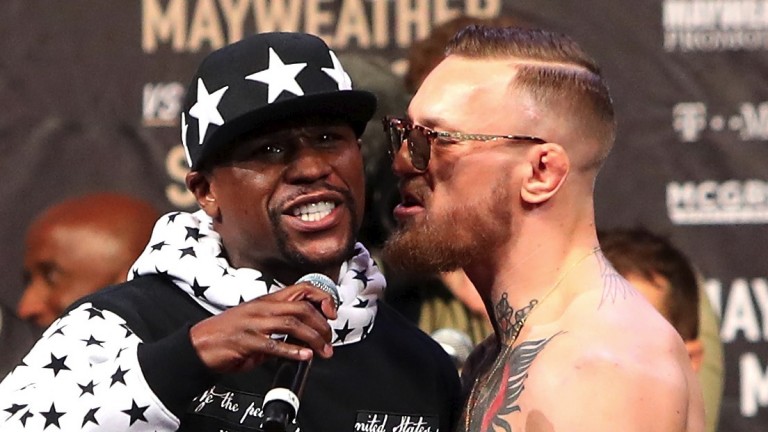 The prospect of Conor McGregor beating Floyd Mayweather when they clash in Las Vegas on August 26 may seem preposterous to many boxing purists, but it isn't stopping punters from backing the Irish UFC superstar and bookmakers are facing a huge payout if he shocks the world.

McGregor, known as Notorious, has been all the rage in the betting for the mega-hyped showdown with 49-0 Mayweather despite never having fought a boxing match as a professional or amateur, and the gamble has led to several firms cutting him to 7-2, although a best price of 9-2 is available with Betway and Sky Bet.

“We knew UFC punters would get behind their man, however we are amazed and worried about the intensity of this gamble,” said Coral’s John Hill, who estimates bookies around the world could have a £100 million liability.

“We are anticipating that the turnover we take on this fight will break all records in boxing," Hill added.

BoyleSports Aoife Heffron agrees, saying: "The support has been relentless for McGregor."

WBO world super-featherweight champion Vasyl Lomachenko defends his title against Miguel Marriaga in Los Angeles on Saturday night (BoxNation from 2am), and he is as short as 1-200 to keep the belt.

A smart way of supporting Lomachenko may be to back him to win in rounds 7-12. This bet would have been a winner in four of his last five fights, and although Marriaga has never been stopped before the gulf in class should eventually tell.