Bolton can survive Madine sale to give Bristol City a scare

Robins may trip up in promotion push 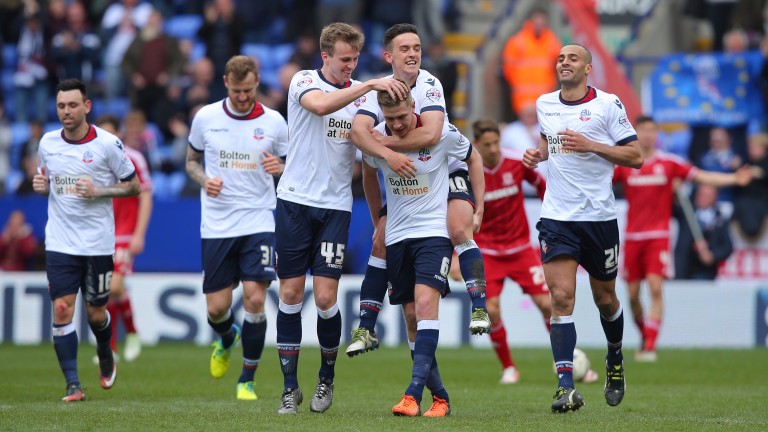 Bolton were handed a hammer blow in their fight for Sky Bet Championship survival when top goalscorer Gary Madine was sold to Cardiff on deadline day but the Trotters could still put up a fight at home to promotion-chasing Bristol City.

Madine, scorer of ten league goals this season, has left a huge void and questions will be asked of the Bolton board should the decision to cash in for £6m result in a relegation back to League One.

However, despite the reservations about Bolton's long-term chances they could gain a positive result against City.

Bolton have lost just one of their last nine league home matches with some excellent results in that time, beating Sheffield Wednesday Norwich, Barnsley, Cardiff and Hull, so it won't be easy for the visiting Robins even with Madine no longer around to hold up the ball.

Phil Parkinson's men play directly so Madine was more than just a forward, yet they were able to move late in the window to sign Zach Clough, Tyler Walker, Reece Burke and Jon Flanagan.

Clough, a popular figure at the Macron before leaving for Nottingham Forest, will lift the crowd and Walker adds pace to the attack. Reece Burke gives a boost to the defence, although Flanagan's off-field issues make him a questionable signing.

Bolton are good enough at the back with Mark Beevers, Burke and David Wheater to frustrate a visiting side looking for the win to take them level on points with second-placed Aston Villa.

Bookmakers are giving little away with their match odds and Lee Johnson's side will have to overcome a physical bombardment to make sure of maximum points.

Nathan Baker's red card leaves City a little short at centre-back with Johnson having a decision to make on whether to start Hordur Magnusson or switch Bailey Wright from right-back.

That would mean central midfielder Korey Smith dropping back to replace Wright and neither solution is perfect, particularly as keeper Frank Fielding is also sidelined.

City are the better side going forward - and that's why they are pushing for promotion.

Famara Diedhiou is working his way towards full fitness, Bobby Reid has been one of the season's star attractions and Ryan Kent's recent arrival from Liverpool adds further talent in that department.

Now clear of knockout commitments following the memorable run to the League Cup semi-finals, the Robins have a clear path to kick on in their Premier League dream but last week's win over QPR was their first win in ten, albeit from a difficult run of fixtures.