Bohemians could keep up pressure on flailing Limerick 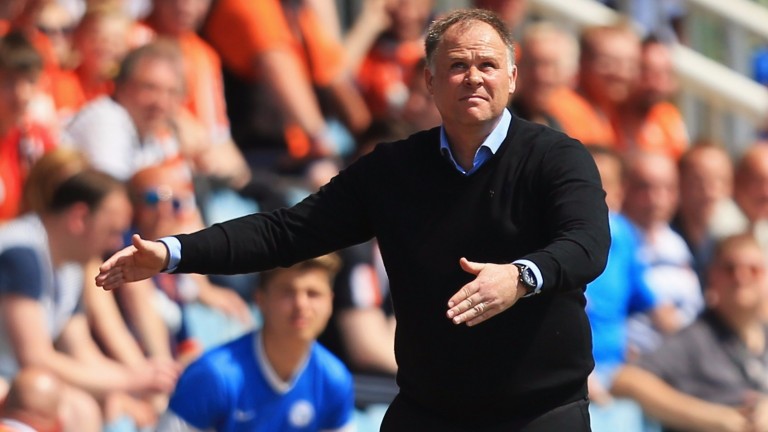 Limerick boss Neil McDonald has spoken of his hope that his old friend Paul Gascoigne can flourish outside of football but the Geordie is facing his own problems, as the Shannonsiders have certainly not reacted well to his mid-season appointment.

McDonald was a relatively big name to take the job and they started reasonably well but they have been in freefall of late, to the extent that a push for a European place has become obsolete. Limerick are now more focused on battling against relegation.

They may not be able to arrest the slide against Bohemians. Bohs blow hot and cold but are excellent on the road and 12-5 about the Gypsies seems too big. Limerick were poor against Shamrock Rovers on Tuesday and look risky at the prices against a flourishing Bohs side.

The RTE game sees Cork City host Sligo, another team in the mire, but some may be interested in backing Sligo at 12-1, given Cork have been nowhere near as good since Sean Maguire and Kevin O'Connor left for Preston.

This is a trappy contest but Kieran Sadlier at 6-1 to net against his former club could be worth a bet. He is likely to take any penalty the hosts get and he is a constant threat, with Cork no better than 1-4 to win.

Goals look a certainty at Terryland, where Galway United host Shamrock Rovers. Lee Grace's move to the Hoops was a huge blow to United, who have been porous at the back since, but are in decent goalscoring form.

Both teams to score is also put forward as St Patrick's host Finn Harps, though Patrick's are defending much better.

Derry host Dundalk in the big game of the weekend on Sunday, with the draw perhaps a shade long at 13-5.