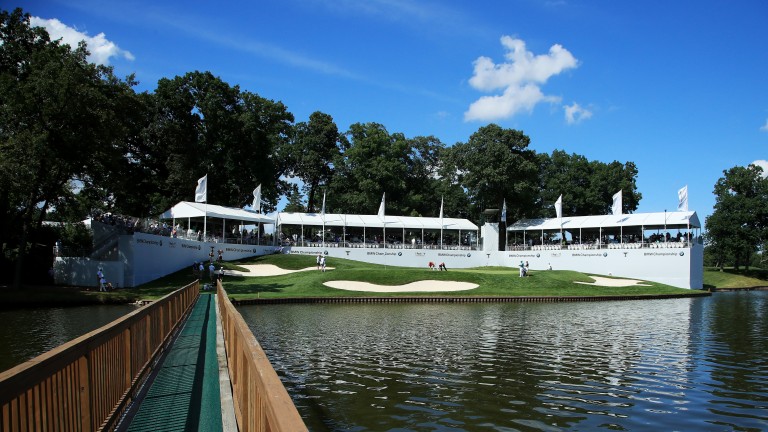 As the FedEx Playoffs head towards next week's conclusion, there is still plenty of controversy about slow play and much of it centres on Bryson DeChambeau.

The boffin from Modesto, California, has been fighting criticism  for taking too long between shots at last week's Northern Trust and the subject shows no sign of falling off the radar.

He cannot be a golfer to trust with all this buzzing around and his playing partners at this week's BMW Championship - Tony Finau and Kevin Kisner - have both started strongly.

The long course at Medinah should play into big-hitter Finau's hands and he was strong off the tee in Thursday's opening round.

The top five on the leaderboard gained at least two shots on the field from tee to green and Finau, who finished his opening round two shots behind Justin Thomas and Jason Kokrak, was not far in the rear-view mirror with a strokes-gained figure of 1.82.

He didn't miss a putt within ten feet, but at the prices, Kisner looks the better bet to come out on top of the 6.21pm threeball at 11-5.

The 35-year-old finished 12th at the Northern Trust after firing an opening 64 and he was in red-hot form on the greens on Thursday - only our players eclipsed his strokes-gained putting figure of 2.37.

With DeChambeau struggling - he shot a one-under-par 71 - and with so much on his mind, Kisner could prove a good-value proposition.

FIRST PUBLISHED 1:42PM, AUG 16 2019
The 35-year-old finished 12th at the Northern Trust after firing an opening 64 and he was in red-hot form on the greens on Thursday