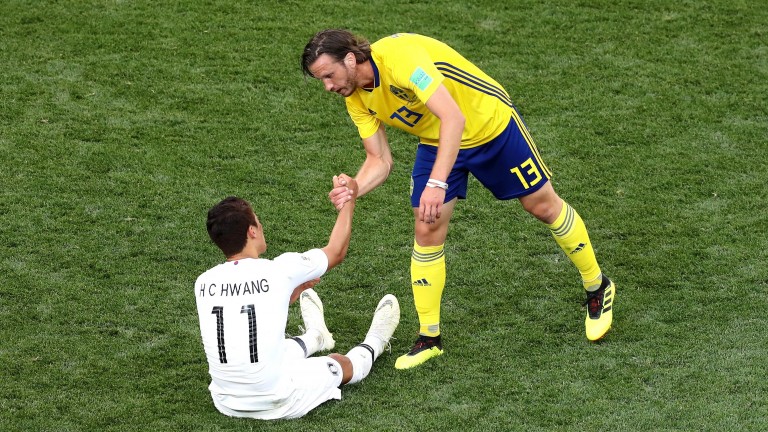 1 Lack of scoring potential could cost Swedes
Henrik Larsson revealed during ITV’s coverage that Zlatan Ibrahimovic missed out on selection for Russia because he never requested to come out of international retirement, and the absence of Sweden’s all-time leading goalscorer could come back to haunt them.

Sweden were deserving of their hard-fought 1-0 success over South Korea but they required a second-half penalty to get it having squandered a number of golden opportunities earlier in the match.

The Swedes enjoyed 56 per cent possession and won the shot count 15-5 but forward Marcus Berg failed to convert a couple of chances you can’t afford to pass up at this level.

Sweden will need to be more clinical against stiffer opposition and their lack of a goalscorer could be the reason if they fail to reach the knockout stages.

2 Success built on stubborn defence
Sweden’s victory was the first time they have won their opening match at a World Cup since 1958 and they have their well-organised rearguard to thank for their improvement.

Janne Andersson’s men recorded clean sheets in seven of their 12 World Cup qualifiers, which included keeping out five-time winners Italy in both legs of their playoff.

Shutting out South Korea was a third successive clean sheet and Germany and Mexico must perform at their best to breach Sweden’s stubborn defence.

3 Punters can take advantage of South Korea's ill-discipline
South Korea showed on more than one occasion they aren’t scared to get stuck in and their ill-discipline could be exposed against better opposition.

The Taeguk Warriors committed 23 fouls against Sweden, more than any other nation so far, and their sloppy challenges resulted in two bookings and a penalty.

South Korea have Germany and Mexico to come. The Germans play quick and intricate football, while the Mexicans attack in numbers making the most of their pace on the counter.

We have already seen seven penalties in Russia this year and a limited South Korea could add to that tally.