Blues worth a bet to sneak a narrow win

Series on the line in Sydney 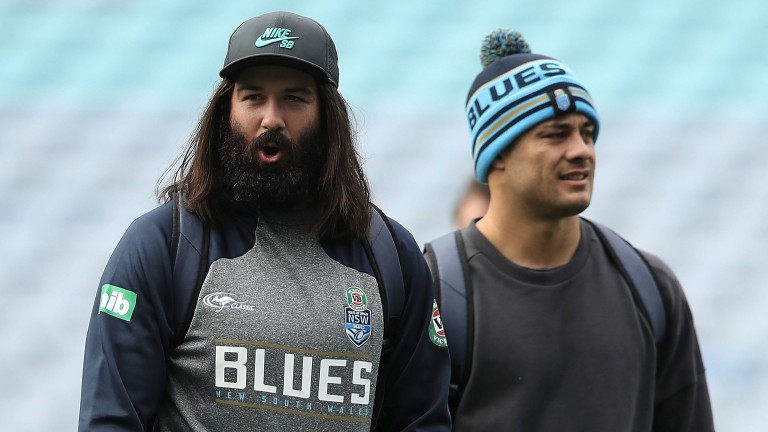 Continuity formed the basis of Queensland's decade-long State of Origin dominance and with the series on the line in Sydney on Wednesday morning, Maroons coach Kevin Walters has gone back to the tried and trusted formula.

The spine of that unprecedented era - Billy Slater, Johnathan Thurston, Cooper Cronk and Cameron Smith - have been reunited at ANZ Stadium in the hope of atoning for the 28-4 hiding dished out by New South Wales in Brisbane in game one.

Thurston's absence, in particular, through injury was a seismic blow to their hopes three weeks ago but even with the mercurial golden boot winner in their ranks, it is debatable whether they would have triumphed.

New South Wales were so ruthless and efficient at the Suncorp Stadium, especially in the forward pack, that the Queensland half-backs had no sort of platform to work from.

After so many years of being on the wrong end of the interstate rivalry, it felt like this was the Blues' time to shine and they should be just as good at their Sydney stronghold.

If their forwards, led by arguably the best prop in the game, Andrew Fifita, rumble down the field with the same ferocity and dominate the ruck as they did in Brisbane, then there looks to be only one winner.

Queensland are undoubtedly stronger than they were in game one but after their Brisbane demolition, the tide is firmly with the Blues and they can claim only a second series success in 12 attempts.

However, don't expect this to be as much of a clear run thing as in game one - wide-margin victories are the exception in Origin contests.

The Blues make some appeal on the general four-point handicap line set by layers but at a much juicier price, take a narrow home win.