Blues should profit from Thurston blow 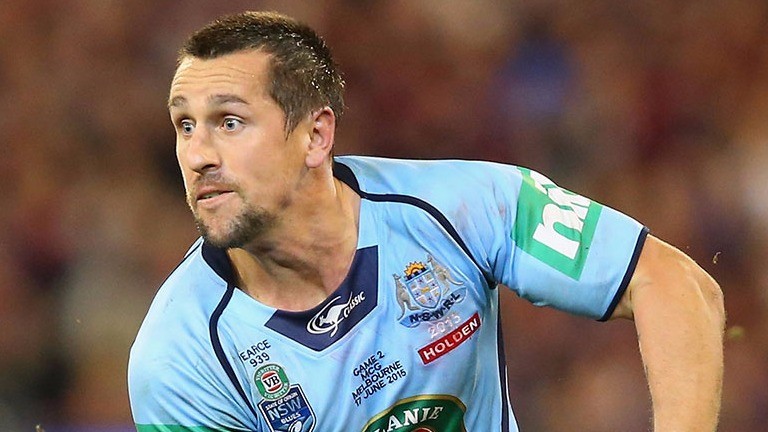 New South Wales will look to Mitchell Pearce to pull the strings
Getty Images
1 of 1
By Matthew Ireland 10:57AM, MAY 31 2017

Game one
Premier Sports, 11am Wednesday

When Queensland run out in Brisbane for the opening bout of the 2017 State of Origin series, they will do so in an unusual position.

For the first time since 2004, the Maroons will take to the field without talismanic playmaker Johnathan Thurston after the veteran stand-off injured his shoulder on international duty earlier this month.

Thurston has been the beating heart of Queensland’s period of sustained supremacy – they have won ten of the last 11 series – but if they are to keep a firm grip on the State of Origin shield, they must do so without the three-time Golden Boot winner and also Origin stalwarts Greg Inglis and Matt Scott this year.

Debutant Anthony Milford has been thrust into the spotlight as Thurston’s understudy at Suncorp Stadium, putting further pressure on Melbourne duo Cameron Smith and Cooper Cronk to dictate affairs for the hosts.

Both sides will be acutely aware of the importance of today’s opener. Since expanding to a three-match series in 1982 the team who have won the opener have gone on to win the series 27 times.

And with just one game in Sydney this year, the onus will fall on New South Wales to take advantage of their rivals’ pre-series adversity.

If they are to do so they must triumph in Brisbane for just the second time since 2009, but there is a quiet confidence around the camp that this fledgling generation has the talent and temperament to end that hoodoo.

A strong middle pack is complimented by threats on each edge that rely on trusted club combinations. Roosters half-back Mitchell Pearce will hope to utilise his understanding with Blues skipper Boyd Cordner on one flank while last year’s NRL champions Cronulla Sharks provide a quarter of the visitors 17-man squad.

If they are to win, history suggests it will be by a narrow margin. The last 12 openers have been settled by fewer than ten points.

The same applies to the series scoreline with 13 of the last 14 three-match contests ending 2-1 to the victor, so the 6-4 on offer about the Blues doing just that looks tempting.