Blades right to have their eyes on top slot 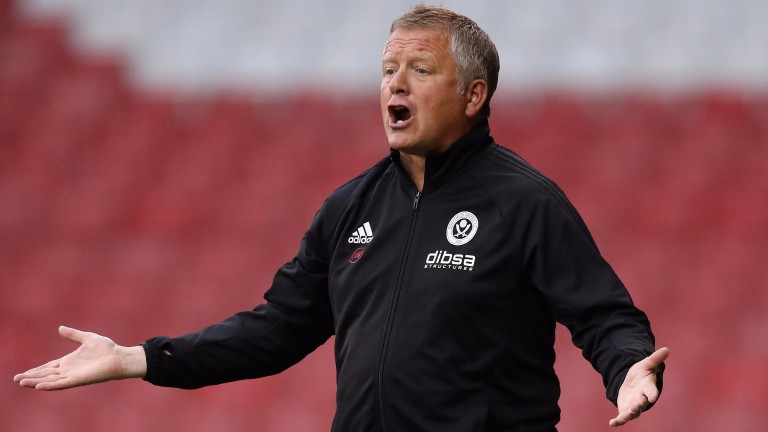 Sheffield United are establishing themselves as a major force in the Sky Bet Championship and can climb to the top of the table for the first time this season by beating rivals Leeds at Elland Road.

Adjusting from the third tier can be tough but the Blades have coped impressively with the step up to the Championship under the guidance of highly-rated manager Chris Wilder.

The Blades have won eight of their last ten league fixtures and showed an appetite for the big occasion when winning 4-2 at Sheffield Wednesday in a high-profile televised encounter.

Against Wednesday they raced out of the blocks - opening up a two-goal lead inside 15 minutes - and responded superbly after the home side had levelled the scores with 25 minutes to go.

They played with lots of energy, quality and mental strength that day and those qualities will give them a good chance of posting another Yorkshire derby success.

Leeds topped the table for two weeks in September but had a few reality checks since, losing 3-1 away to Cardiff and 3-0 at Wednesday as well as 1-0 at home to Reading.

The rot was stopped with an eye-catching 3-0 victory at Bristol City last week but that doesn't mean all of the recent problems have been solved.

Under-strength City went into the game without key men Korey Smith and Jamie Paterson and failed to play to the standards they had been setting in recent weeks.

Leeds took full advantage of the situation and were in control after Samuel Saiz's early double put them 2-0 up inside 14 minutes.

United have been fully focused on this game since that Ashton Gate success with manager Thomas Christiansen demonstrating his priorities by making ten changes for Tuesday's 3-1 loss at Leicester in the League Cup fourth round.

Christiansen will not want to change too much from the 11 who started against Bristol City but he has been forced into at least one alteration with left-back Gaetano Berardi serving a three-game ban.

Asked who would replace Berardi, Christiansen was non-committal but admitted to mulling over a change of formation to a three-man defence.

However, irrespective of the home side's shape, they are in for a very tough game and the value call is to side with the Blades at odds-against draw no bet.

Sheffield United
Kieron Freeman and Ched Evans are ruled out.