Blackpool trip unlikely to be a seaside romp for Arsenal

Gunners may take time to pick off Tangerines 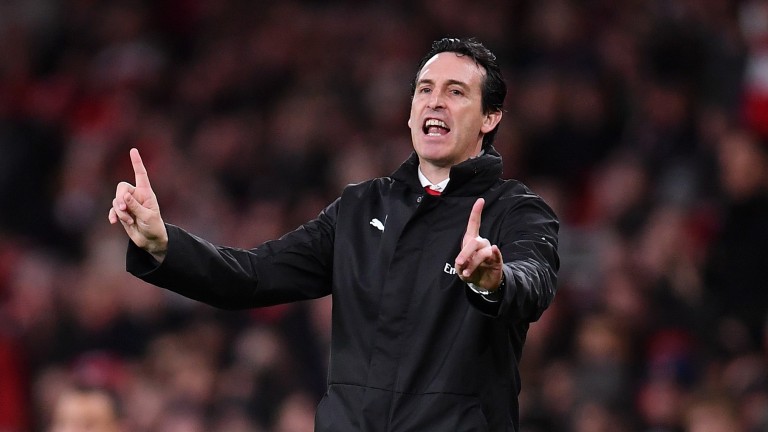 Arsene Wenger turned winning the FA Cup into an art form and Arsenal can carry on the Frenchman’s legacy by avoiding a shock at Bloomfield Road.

Wenger was a record seven-time winner of the competition, signing off with three Wembley triumphs in his last five terms in office, and the Gunners are proud owners of 13 cup final wins.

Unai Emery is acutely aware of the club’s history – he was reeling off the facts and figures in his pre-Blackpool press conference.

That won’t stop him ringing the changes, just as he did when Arsenal and Blackpool met in London in October in the League Cup, a tie the Premier League side nicked 2-1.

On a trickier pitch on the Lancashire coast this fixture also promises to be close, although with more than enough class in their starting line-up and power to summon off the bench, the Gunners are hard to oppose.

The 1-4 price tag is nothing to get carried away about. A better option could be the 16-5 draw-Arsenal double result which makes an allowance for the visitors’ lamentable first-half record this season. They have led at the break in only two of their 21 league games.

They haven’t failed to score on their travels since a 1-0 loss at Atletico Madrid in the Europa League in May so it’s hard to see them not finding the net, whoever Emery chooses to deploy in attack.

But a routine romp doesn’t look on the cards.

It’s hard to know quite what sort of a side Emery will send out though he is an unavowed fan of cup football. A CV which includes three Europa League triumphs with Sevilla and two French Cup successes with PSG in two seasons in Paris, says a lot.

Under Emery Arsenal have scored 17 goals in nine cup ties,  and their all-round firepower gives them a significant edge over their Sky Bet League One hosts.

Blackpool under Terry McPhillips are a solid outfit who would hope to be able to make a charge for the playoffs. They’ve suffered from chronic under-investment in recent years but are more than capable of producing some good results.

They have taken care of QPR in the League Cup and of the teams above them in their section they’ve beaten Barnsley, Doncaster and Charlton while giving Sunderland a real run for their money in a 1-0 defeat on New Year’s Day.

That was a second match in a row without scoring and that’s turned into a serious issue for McPhillips.

Just 26 goals in 25 league games puts too much pressure on the Tangerines' defence which, in fairness, is pretty resolute. Their matches average a divisional low 2.04 goals per game.

They are more prolific in the cup, although joint-top scorer Nathan Delfouneso has managed only one goal in two months. As for the FA Cup, they’ve won only five 90-minute ties in the last 12 years.

Arsenal to win and under 3.5 goals at 6-5 looks a decent alternative against that backdrop.

Arsenal
Mesut Ozil, Hector Bellerin, Shkodran Mustafi and Nacho Monreal have not trained this week. Centre-back Dinos Mavropanos could feature after six months out. Rob Holding, Henrikh Mkhitaryan and Danny Welbeck are out.

Key stat
Blackpool, tenth in League One, are the lowest scorers in that division’s top 18.