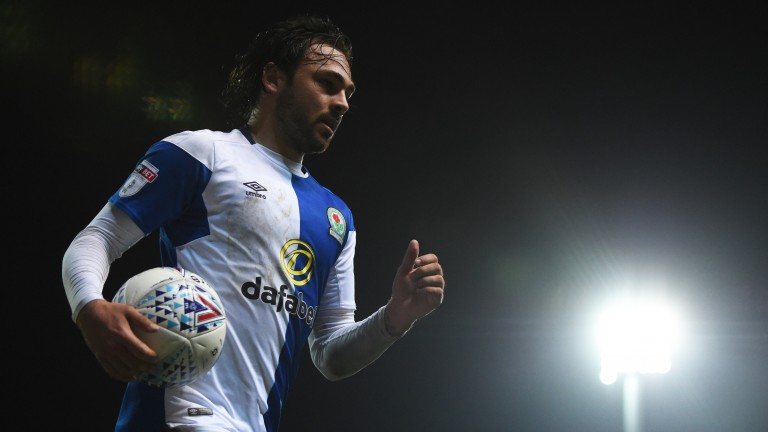 Blackburn's Bradley Dack has caught the eye of a number of top-flight teams
Nathan Stirk
1 of 1
By Steve Davies 8:00PM, JAN 14 2019

You have to go back 13 years for the last time Newcastle won an FA Cup tie on their travels and given United's struggles in the Premier League, it’s a run that looks set to continue at Ewood Park.

Blackburn are a division below the illustrious Magpies but it’s no surprise that the layers prefer the claims of Tony Mowbray’s men, who are worth backing to set up a fourth-round tie at home to Watford.

Rovers are a tough nut to crack on home soil. They are a mid-table Sky Bet Championship side but with playoff pretensions and boast solid form on home soil where they have lost only two of 14 in all competitions.

Those two setbacks were against two of their section’s top three, Sheffield United and Norwich. And with due respect, the Blades and Canaries are far more confident sides than Newcastle.

Rafa Benitez will make wholesale changes for the trip to Lancashire. He made plenty for the home game which ended 1-1. Since then they’ve dropped into the bottom three of a division they simply have to stay in, and that’s a scenario which forces the Spaniard’s hand.

Next up in the Premier League is Cardiff at home on Saturday and that’s the only game in town as far as Benitez will be concerned.

He’s got a decent-sized squad so any team he sends out at Blackburn will be respectable but there is no way Newcastle will be anywhere near full strength given what’s ahead.

Their form in general isn’t good – just one win in their last ten – and they road form is awful. It’s two wins in 15 on their travels going back to the end of last season with Nottingham Forest among the sides they’ve succumbed to away, that 3-1 loss coming in the League Cup.

Fans have seen them lose at the likes of Stevenage and Oxford in recent memory in the FA Cup, a competition in which they haven’t won any of their last 15 away ties.

Their problem this term – beyond the owner’s chronic underinvestment – is a lack of goals. Just 16 Premier League goals – only Huddersfield have scored fewer – tells its own story.

Their five-goal top scorer Salomon Rondon didn’t play in the first game so it’s unlikely he’ll appear for this assignment. The 11 players who started the 1-1 draw ten days ago have a grand total of three league goals between them this season.

Blackburn are full of confidence courtesy of wins over West Brom and Millwall sandwiching the draw on Tyneside. Mowbray will also tweak his team but the hosts still look the best bet.

Team news
Blackburn
Charlie Mulgrew, Derrick Williams and Paul Downing are all expected to miss out. Richie Smallwood returns from a ban.

Newcastle
Ki-Sung Yueng and Yoshi Muto are on Asian Cup duty. Paul Dummett, Jonjo Shelvey and Mo Diame are all out.

Key stat
Newcastle haven’t won an away tie in the FA Cup since 2006.