Black Stars may find it hard to sparkle 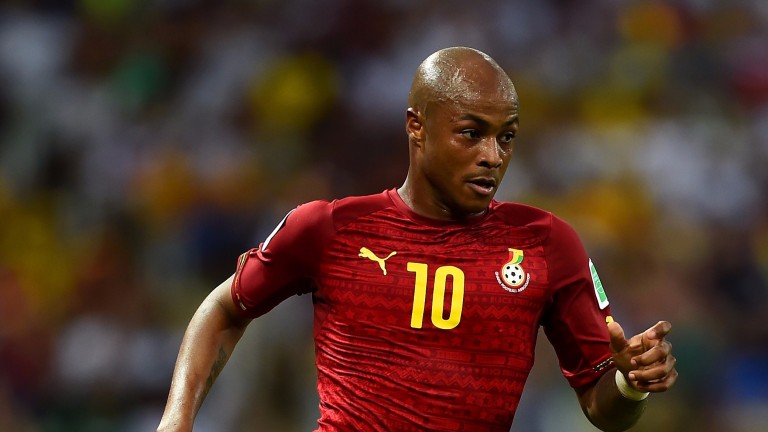 Ghana v Uganda
Eurosport 1, 4pm
Ghana are favourites to win Group D and respected throughout Africa – but there’s little in the formbook to suggest they should be backed at short odds to get their campaign off to a flying start.

Avram Grant’s side have been struggling to string together decent results or performances, and Uganda know they’ve got the measure of them.

These nations have met three times during Grant’s reign, a trio of fixtures which have yielded a pair of draws and a solitary win for Uganda.

The central African state are missing a couple of key figures – centre-back Murushid Jjuuko and midfielder Khalid Aucho are banned – but they remain organised enough to be able to avoid defeat.

The Black Stars, runners-up two years ago, need sparks from their frontmen but Andre Ayew hardly gets a game at West Ham while Aston Villa’s Jordan Ayew hasn’t scored since September.

The Ghanaians have scored just twice in their last five internationals and the Cranes are going to be set up to give nothing away.

Mali v Egypt
Eurosport 1, 7pm
The Pharoahs can mark their return to the big stage by getting off to a winning start, but don’t expect many goals.

The Egyptians have won seven of their last ten games and six of those were either 1-0 or 2-0.

They boast a potent goalscorer in Roma’s Mo Salah but the Egyptian way is to get in front and stay in front.

Mali look weaker than the side who reached the semis in 2012 and 2013 and coach Alain Giresse is happy to play the underdog.

The former France midfielder would love to have Monaco man Adama Traore (knee) fit and he’ll also be disappointed that Bakary Sako has played so little for Crystal Palace this season.