Football FIVE THINGS WE LEARNED FROM THE WEEKEND 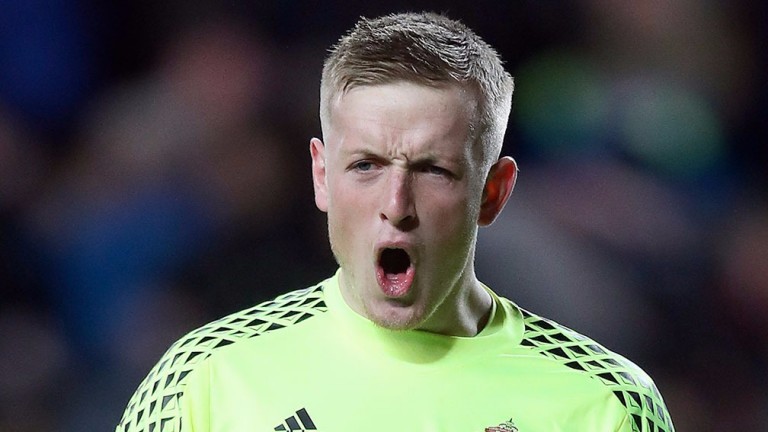 1 Sunderland set for another escape
Sunderland will be in the relegation zone on Christmas Day for the third time in four years but they are improving and look on course to survive another relegation battle.

The Black Cats have spent a large portion of the season at the foot of the table and all of it inside the bottom three.

However, they have won four of their last seven matches and Saturday’s 1-0 triumph at home to Watford was enough to lift them within one point of fourth-bottom Crystal Palace.

The win over Watford wasn’t pretty but showcased the talent of Jordan Pickford, who looks one of the most talented young goalkeepers around.

Strikers Jermain Defoe and Victor Anichebe were quiet against the Hornets but at their best, are a very effective partnership.

Keeping those two fit will be key but Sunderland have made significant progress since earlier in the season and make no appeal in the relegation betting at odds-on.

2 Tigers need more bite if they are to survive
Hull were desperately unlucky to lose 1-0 at West Ham on Saturday but their manager Mike Phelan got it spot on by pointing to his team’s poor finishing as the reason for their demise.

West Ham won the game courtesy of a dubious penalty but Hull should have been out of sight by that stage after squandering a hatful of chances.

Normally a manager has to bear some responsibility for the deficiencies of a squad but Phelan’s comments are nothing new. He was warning of the need for reinforcements during the summer transfer window and will need to get a better response from the Hull owners if they are to have any chance of staying up.

3 Brighton can avoid another winter of discontent
Brighton are in the thick of the Sky Bet Championship promotion race, just as they were a year ago, but this time they look ready to finish the job and secure top-flight football.

Last season Brighton stayed unbeaten for the first 20 league games and then lost their way from December to January taking three points in seven matches.

That run proved costly with the Seagulls missing out on automatic promotion on goal difference but there is little chance of a repeat.

Brighton responded by strengthening the spine of their side with the signings of centre-back Shane Duffy and central midfielder Oliver Norwood but the capture of striker Glenn Murray from Bournemouth on a season-long loan appears to have made the biggest difference.

Murray’s 14th league goal of the season sealed a 2-1 victory at Birmingham on Saturday and his goals could help Brighton stay in the top two.

4 Scunny equipped to go the distance
Scunthorpe have been top of Sky Bet League One since mid-September and on the evidence of Saturday’s comprehensive 3-0 win at home to Milwall, they look good enough to stay there.

There is no room for error with Scunny just three points ahead of Sheffield United and four in front of Bolton. But in what appears to be shaping up as a three-team title race, they look the value at 3-1.

5 Alex are in relegation dogfight
Crewe had been hoping to bounce back from last season’s relegation with a promotion but are finding Sky Bet League Two much harder than they expected.

In a tight league the Alex have slipped to 16th after three straight defeats.

Chelsea loanee Alex Kiwomya starred for them early on but has gone off the boil after an injury and Crewe are five points off the bottom two.

Relegation is a possibility and Crewe look overpriced 8-1 shots to go down.