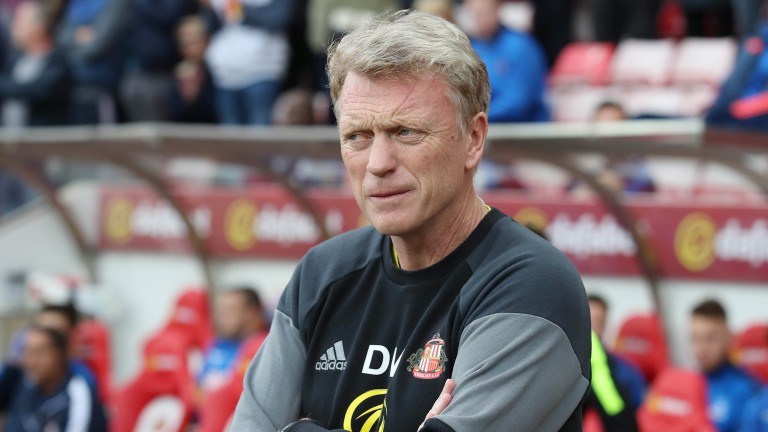 Sunderland slipped deeper into the relegation mire with a 2-0 loss at Leicester on Tuesday and their under-fire manager David Moyes is odds-on to leave the club before the end of the campaign.

Moyes started the week under pressure after apologising to match reporter Vicki Sparks for comments made in an interview which followed a 0-0 draw at home to Burnley in March.

And his position weakened further with the loss at Leicester – inflicted by goals from Islam Slimani and Jamie Vardy.

Sunderland assured Moyes his position is safe but a parting of ways cannot be ruled out.

Before Wednesday's games Moyes was the 4-6 favourite to be the next manager to go.

Manchester United’s top-four hopes receded with a 1-1 draw at home to Everton.

Zlatan Ibrahimovic’s injury-time penalty rescued a point for the Red Devils and increased their unbeaten league sequence to 20.

But it was a 12th league draw for the Red Devils, who may have to look to the Europa League as their best hope of Champions League qualification.

United are the 11-8 favourites to win the Europa League.

Liverpool have been fined £100,000 and banned from signing academy players for two years – the second year has been suspended – after they were found guilty of approaching a youth-team player at Stoke.

The Reds have accepted the ruling with the transfer ban running until next March.