League Two 2019-20: every club ranked in order of finishing position

Mansfield, Plymouth and Salford can tussle for the title 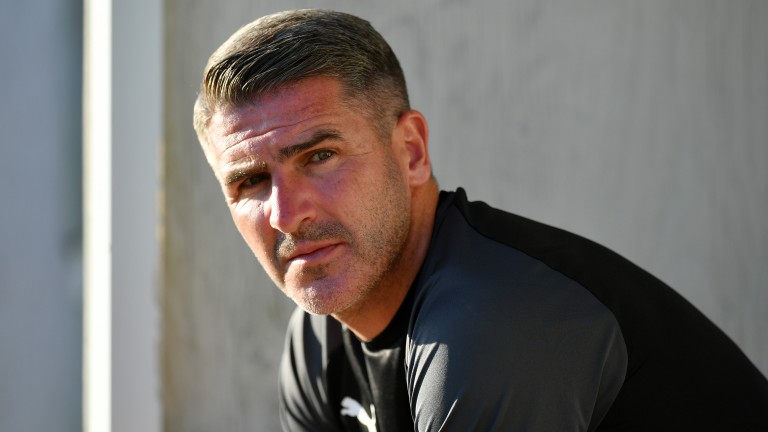 Ryan Lowe will be hoping to forge a title charge with Plymouth
Dan Mullan
1 of 1
By Aaron Ashley UPDATED 12:17PM, SEP 6 2019

The Stags missed out on automatic promotion on the final day of last season but everything looks in place for a repeat bid. Manager John Dempster is inexperienced but few have been shrewder in the transfer window and the capture of prolific forwards Nicky Maynard and Andy Cook could answer their prayers.

A lot has changed at Plymouth over the summer with key trio Freddie Ladapo, Graham Carey and Ruben Lameiras all leaving following relegation. New manager Ryan Lowe has replaced them with his Bury bandwagon and having guided the Shakers to League Two promotion last season he can be confident of emulating the feat.

Salford City, backed by five members of Manchester United’s ‘Class of 92’, are making their Football League debut having secured four promotions in five seasons. It's a big step up in class in a short period of time but the Ammies have the financial power to cope with the challenge.

The Iron had a miserable finish to their League One campaign, picking up six points from their final 14 games. However, they acted quickly to appoint manager Paul Hurst and players such as Adam Hamill and Yann Songo’o provide them with real quality.

The Bantams are favourites for the League Two title but are grade-droppers worth taking on. Gary Bowyer has elected for experience with the addition of strikers Clayton Donaldson and the injury-ravaged James Vaughan but neither is prolific and their best days are behind them. 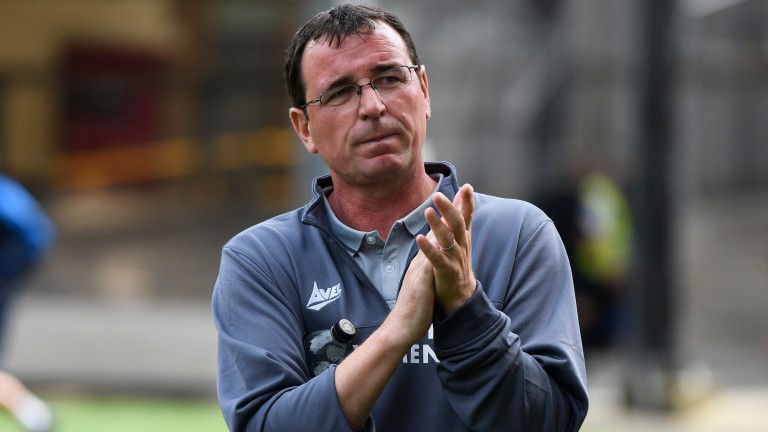 A late rattle secured Newport the final playoff place last season and a disciplined defence was the platform for their success. Only promoted Tranmere and Mansfield kept more clean sheets than the Exiles’ 17 last term and they are sure to be organised under Michael Flynn.

Few have been busier than Keith Curle in the summer transfer window and 11 fresh faces have arrived at Northampton hoping to transform them into promotion contenders. Despite the departure of star defender Aaron Pierre, the new-look Cobblers appear much stronger than last season and there is a sense of optimism at Sixfields.

The Saddlers appear the weakest of League One's relegated quartet with Andy Cook, Zeli Ismail and Joe Edwards notable departures. They have a promising manager in Darrell Clarke but he has lots of rebuilding to do and they could fall just short of a playoff place.

John McGreal’s men were one of three sides to miss out on a playoff place by a solitary point last season. However, leading scorer Sammie Szmodics and influential defenders Frankie Kent and Brennan Dickenson have left Essex for bigger things and replacing that trio will be no easy task.

The Grecians took a backward step with the less experienced Matt Taylor replacing Paul Tisdale as manager. They still finished within touching distance of the playoff places but are not in a financial position to fend off the bigger clubs pursuing their better players and look weaker than 12 months ago.

There were few stadiums in the basement last season more intimidating than Gresty Road, where Crewe won 15 of their 23 home league games. David Artell’s men racked up 47 of their 65 points on their own patch and a top-half finish isn't beyond them.

Forest Green were League Two’s surprise package last season as they brushed aside relegation quotes of 8-1 to finish fifth and earn themselves a shot at promotion via the playoffs. However, the loss of Christian Doidge, Reece Brown and Reuben Reid - who netted 32 of their 68 league goals - makes a repeat bid unlikely.

The Robins couldn’t get going under Phil Brown but finished last season showing clear signs of improvement with Richie Wellens in the hotseat. Giving Wellens time could be the key to success but the addition of a proven goalscorer is needed to see them improve on their previous efforts. 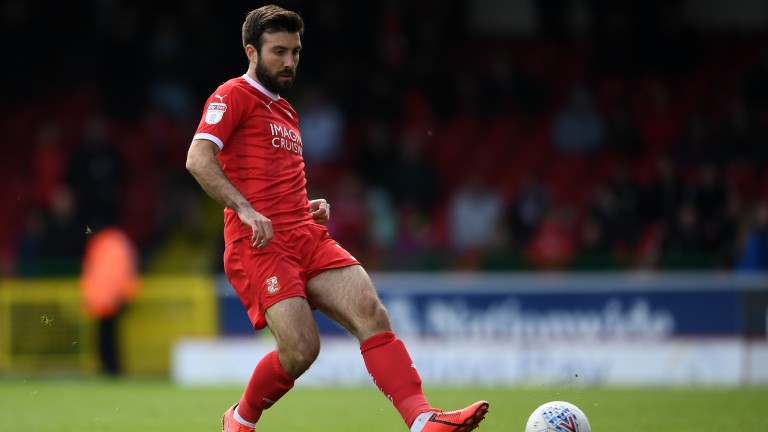 Michael Doughty could be key for improving Swindon
Alex Davidson

The death of manager Justin Edinburgh overshadowed Orient’s National League success and it remains to be seen how their players will perform under former assistant Ross Embleton. Macauley Bonne’s departure to Charlton makes his job tougher but they have enough depth elsewhere to secure a mid-table finish.

Laurent Banide is the fifth manager to arrive at Boundary Park in 18 months so it’s no surprise Oldham’s form has had an unsettled look. Banide is well-regarded having managed Monaco earlier in his career but this is a different test and it is a risk for both parties.

John Sheridan left Brunton Park in January despite Carlisle sitting in seventh and having won five consecutive matches. The Cumbrians didn’t enjoy the same success under Steve Pressley and the summer departure of talisman Jamie Devitt could see them struggle to emulate last season’s top-half finish.

Cheltenham impressed under club legend Michael Duff, particularly on home soil where they lost only one of their final 16 league games. The Robins don’t boast the division’s biggest squad, but Duff is an excellent technician who has had a full pre-season under his belt and they should steer well clear of relegation.

Port Vale were the league’s lowest scorers last season with just 39 goals - 12 of which were netted by physical skipper Tom Pope - and not enough has been done to address their lack of firepower. They are well organised, however, and don’t appear relegation candidates.

Stevenage’s will to win and their physical approach helped them to secure a top-half finish last season but there is a lack of creativity in their ranks. They look unlikely to repeat those achievements in what is a stronger division.

A lack of star quality prevented the Mariners from maximising their potential last season but by recruiting strikers Matt Green and James Hanson, they could become a greater force in the final third. It points to a more direct approach but should ensure they retain their Football League status.

Morecambe are favourites for relegation for a third season on the spin but they are happy under Jim Bentley, who is the longest-serving manager in England. Bentley knows what it takes to secure survival on limited resources and should again steer the Shrimps to safety.

Crawley took time to take off under rookie Italian boss Gabriele Cioffi, who won only 13 of his 44 games at the helm. Target man Ollie Palmer was the shining light for the Red Devils but quality elsewhere is thin on the ground and they shouldn't set their sights too high.

The U’s didn’t live up to their initial promise under manager Colin Calderwood as they won just two of their final 15 league games to finish six points clear of safety. Only Port Vale netted fewer than their 40-goal total last season and a lack of creativity in the final third could again be their downfall.

Persistent financial issues are making life difficult for Sol Campbell, who steered the Silkmen to survival last season after they went as short as 1-6 for the drop in December. Repeating the trick is going to prove extremely difficult following the loss of star strikers Scott Wilson and Harry Smith.