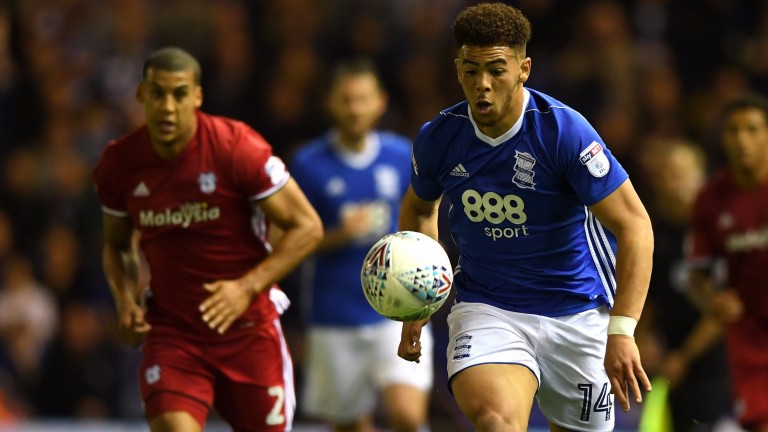 Steve Cotterill got off to a winning start as Birmingham boss and he can make it two out of two when his side visit Millwall at The Den.

Cotterill was in the stands when caretaker Lee Carsley presided over Birmingham’s 6-1 defeat at Hull, the final act of Carsley’s interim reign.

It’s credit to Cotterill that within two weeks of that disaster Birmingham managed to bounce back with a 1-0 win against high-flying Cardiff at St Andrews.

Cotterill is effusive about the quality of the squad and they have more than enough about them to at least avoid defeat in south London.

Millwall have been decent at home, beating Norwich, Leeds and Reading, but they lost 3-1 to Barnsley in their last match in front of their own fans before a 1-0 loss at Brentford.

Lions boss Neil Harris has a headache if Steve Morison is not fit because he doesn’t seem to know how to best perm two from his other three strikers.

Cotterill, on the other hand, is inheriting a Birmingham squad in relatively good health.

Harry Redknapp was cursing his luck with injuries on the very day he was sacked and in his final game – the 3-1 home defeat by Preston – he was unable to play Che Adams or Jota while Isaac Vassell was barely fit. All three are now up and running and Cotterill can reap the benefits.

They have managed just a solitary point from six road trips – a 1-1 draw at Derby – but that was under two different managers.

Cotterill, who had been instrumental in keeping Birmingham up at the end of last season as Redknapp’s right-hand man, got his team well organised in the win against in-form Cardiff, who failed to register a single shot on target.

Team news
Millwall
Shaun Williams and Byron Webster are definitely out. Steve Morison is a major doubt with a stomach tear.

Key stat
Birmingham have won only two of their last 21 away matches.