Big-spending Forest should get punters off to a flyer 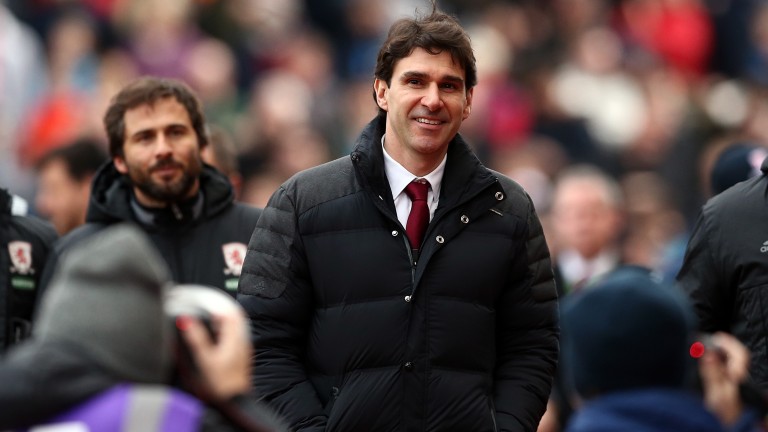 Last season was something of an anti-climax for Forest, as they failed to kick on under new owner Evangelos Makrinakis.

But they have recruited a much better calibre of player this summer and look ready to compete at the top end of the division.

Wolves went through a similar process, struggling in their first season under owners Fosun International before building an immensely strong squad last summer.

And the similarities with Wolves don't end there because Forest have been using the same agent, Jorge Mendes, who has been involved in deals to recruit three Portuguese Under-21 internationals.

Attacking midfielder Joao Carvalho has been snapped up from Benfica in a reported club record £13.2m deal and wingers Gil Dias and Diogo Goncalves have joined on loan from Monaco and Benfica.

Forest have also made some bold moves in the domestic market, signing defenders Jack Robinson and Michael Dawson, midfielder Jack Colback and striker Lewis Grabban – and look ready to challenge for the title.

Bristol City pushed for the playoffs last term but tailed off badly at the end of the season, winning only three of their last 17 games.

This summer they have sold top scorer Bobby Reid and defensive lynchpin Aden Flint to Cardiff and Middlesbrough and they start the campaign without striker Famara Diedhiou, who begins a six-game ban.

Mid-table looks the best they can hope for and a defeat against Forest, who will be backed by almost 3,000 travelling fans, looks likely.

Bet on this match at Soccebase.com

Ipswich v Blackburn
Promoted clubs can play with confidence early in the season and the feelgood factor can help Blackburn snatch victory at Ipswich.

Rovers' boss Tony Mowbray has kept faith with the players who finished second in League One last season and that may be a wise move.

His team has a strong spine with Charlie Mulgrew anchoring the defence and attacking midfielder Bradley Dack and veteran striker Danny Graham providing a cutting edge.

It may be enough to topple cash-strapped Ipswich, who have been slow to give their new manager Paul Hurst the reinforcements he craves.

Ipswich probably overperformed by finishing 12th last term but this season will be a struggle unless they bring in some better quality players.

Mansfield v Newport
Teams with the biggest budgets do not always get the best results but it is hard to ignore the improvements Mansfield have made this summer and they look rock-solid favourites to start with a home win over Newport.

Last season the three highest-scoring teams finished in the top three in League Two and, if goal power is going to be crucial again this season, Mansfield look well-equipped.

The Stags have recruited Craig Davies on a permanent deal from Oldham and Tyler Walker on a season-long loan from Nottingham Forest.

Both are capable of scoring goals at a higher level than League Two but have been won over by Mansfield's obvious ambition to gain promotion.

Newport had a great FA Cup run last season but first-team regulars Frank Nouble and Ben Tozer have moved to Colchester and Cheltenham and the Exiles may struggle to post another top-half finish.

Grimsby v Forest Green
Forest Green spent much of last season battling the drop but should have benefited from the experience and can make a promising start to 2018-19 by taking at least a point off Grimsby at Blundell Park.

Rovers' owner Dale Vince has sanctioned an overhaul of the squad and it would not be a huge surprise if the Gloucestershire side mounted a push for promotion.

Grimsby are also looking to improve after a season of struggle and have put in some decent pre-season performances, including a 1-0 success over Doncaster.

The Mariners should avoid another lowly finish but look poor-value favourites on the opening weekend of the season.