Big-hitting Pietersen can shine for the Stars

KP should be ready for battle 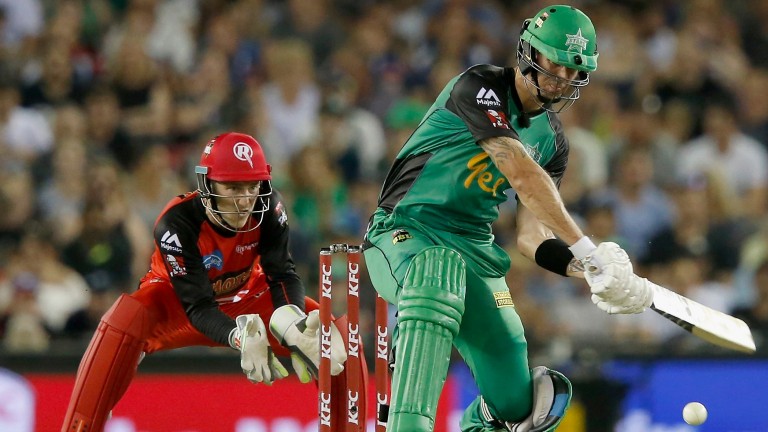 The impending one-day series between Australia and Pakistan has deprived Melbourne Stars of all-rounders James Faulkner and Glenn Maxwell so batsman Kevin Pietersen could be the key man against Adelaide Strikers tomorrow morning.

Pietersen missed the first game of the Big Bash because he was enjoying a family Christmas and there has been no end to the celebrations for him.

With no international or county commitments, KP can focus on peaking for tournaments such as this one and he ended last term’s Big Bash with superb fifties in both the semi-final and the final.

He has started this season in similar fashion, scoring 15 off eight balls and 73 off 46 in the two derby matches against the Renegades and 60 off 37 deliveries against the Thunder.

Opening pair Luke Wright and Rob Quiney are respected but few players in the Bash can pace a Twenty20 innings as well as Pietersen and the 3-1 that he top-scores for a third game in a row is well worth a bet.

Adelaide are 6-5 to take advantage of the Stars’ significant absentees but they are missing batsman Travis Head and much will depend on opener Ben Dunk, who is 11-4 to top-score.

Dunk’s best performances tend to come in Adelaide – he guided the Strikers to a home win over the Hurricanes with an unbeaten 79 last time out – so it may be worth chancing Kieron Pollard to come good with the bat at 8-1.

The West Indian came in at number five against the Hurricanes and hit three of his first six balls to the boundary. He was out to a dubious lbw decision from the seventh delivery he faced but his supreme ball-striking makes him dangerous in the Adelaide middle-order.