Big-hitters Watkins and Okolie set for a slugfest 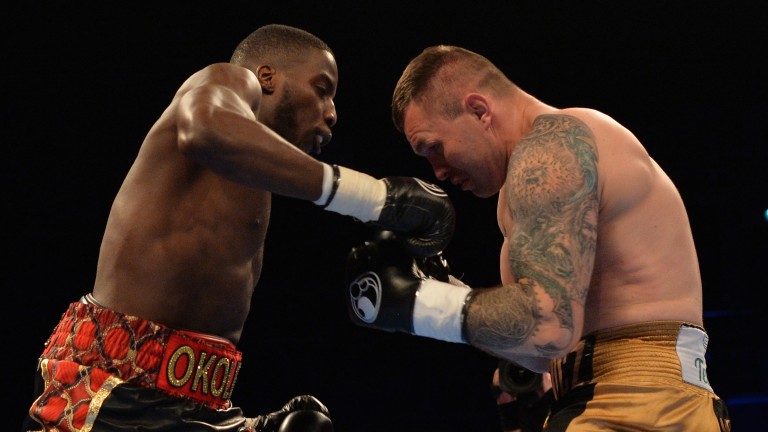 Luke Watkins is making his second defence of the title after winning the vacant belt by stopping Robin Dupree in six rounds last October and following it up with a eight-round KO of Mike Stafford in December.

But he finds himself as a 5-1 underdog to keep that title against Lawrence Okolie, who competed for Team GB as a heavyweight at the Rio Olympics and sent a message to his rival professionals with an impressive win over Isaac Chamberlain in February.

Both men have enough power to knock the other out, and the intense atmosphere at the York Hall could see this turn into a tear-up.

Okolie has won six of his eight fights by KO and had Chamberlain down twice before winning that one on points, while Watkins has stopped nine of his 13 opponents and is on a four-fight knockout streak.

Backing the fight to last under 8.5 rounds looks worthwhile.

Doyle has struggled against top-class opponents and Bellotti has won 11 of his 12 fights by KO, so it's understandable that the champion is just 2-5 to win by stoppage.