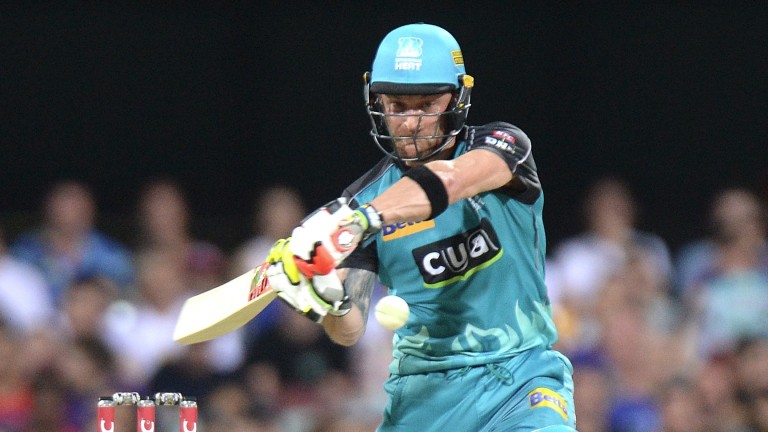 Rajkot has been a miserable venue for bowlers in the early weeks of the 2017 IPL season and there should be more batting fireworks when Gujarat Lions host Kings XI Punjab.

Gujarat captain Suresh Raina shone through the showers in Kolkata on Friday, hitting 84 from 46 balls to steer his side to an impressive victory over the Knight Riders, and Brendon McCullum hit seven sixes in the Lions’ last home fixture.

McCullum’s tally was matched by Chris Gayle of Bangalore, whose total of 213-2 proved too much for their hosts in a contest featuring 25 maximums.

The first two games in Rajkot produced 14 and 13 sixes and there were 24 in Kings XI Punjab’s last match at batsman-friendly Indore so getting long of bet365’s sixes line of 13.5 looks well worth a bet.

Kolkata face Bangalore in the second game of the day and bookmakers are struggling to split the pair.

The Knight Riders had won four out of five before this week’s defeat to Gujarat while Bangalore will hope their win over the Lions can kickstart a disappointing campaign. AB de Villiers could return for the Royal Challengers after a back injury.