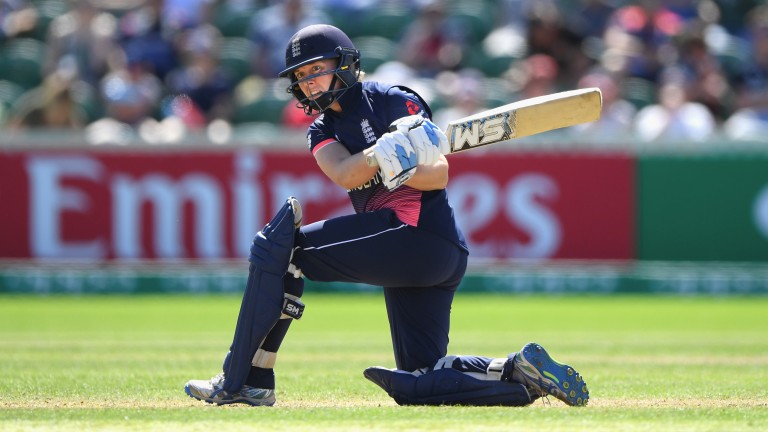 England captain Heather Knight hit a century in the defeat of Pakistan
Stu Forster
1 of 1
By Matthew Ireland 7:39PM, JUL 4 2017

After a shock opening defeat at the hands of India, England's women have fought back with two convincing World Cup victories of their own.

Disappointing in Derby, Heather Knight's squad were untouchable against Pakistan in Leicester, racking up 377-7 in their 50 overs, and tremendous at Taunton as they sauntered to a seven-wicket victory over Sri Lanka.

A tougher task awaits Knight's charges in Bristol on Wednesday as they take on the unbeaten South Africans.

The Proteas have barely been tested in the tournament so far, beating Pakistan in their opener before skittling the West Indies for 48 on the Sunday as they romped to a ten-wicket victory off just 38 balls.

However, England represent a marked step up in quality from those sides so it isn't surprising to see the hosts as short as 1-4 to chalk up a third successive victory with Dane van Niekerk - who took an incredible 4-0 against the Windies - and her side 4-1 outsiders.

There is clearly little mileage in England's price but should they continue to bat with the same aggression and purpose shown so far, bet365's quotes of 7-2 that a century is scored in the match could prove profitable.

It's the turn of England's men on Thursday as they begin their four-match Test series against South Africa at Lord's.

England are evens favourites to win Joe Root's first Test as captain and 4-7 to win the series.