Betis can bounce back against toiling Galicians 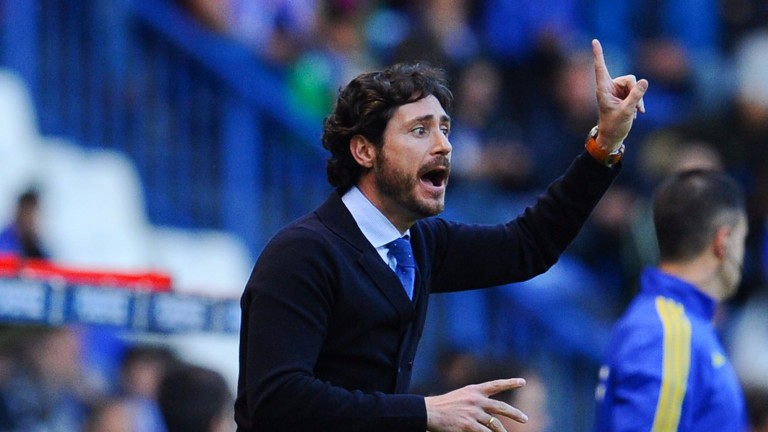 Victor Sanchez, fired by Deportivo La Coruna in May, has the chance to get one over on his former club when the Galicians visit the Estadio Benito Villamarin in the Copa del Rey.

This is Victor’s third match in charge since replacing Gus Poyet two weeks ago and while the Copa is secondary to La Liga, it means a lot to Betis’s new boss.

Deportivo left-back Luisinho said earlier this season that Victor would be lucky to get another job, though clearly the Betis hierarchy thought differently.

It makes for a spicy backdrop to what is otherwise a fairly ordinary-looking cup tie between two out-of-form teams who undoubtedly will rest players.

Victor himself must be considering leaving out veteran frontmen Joaquin and Ruben Castro while wing-back Cristiano Piccini is suspended.

Deportivo, who will fly south this morning, are definitely without Ryan Babel and attacking midfielder Bruno Gama, the latter having pulled a hamstring in Saturday’s 4-3 defeat away at Malaga.

Gaizka Garitano’s side have had only one win since the opening day of the season and haven’t kept a clean sheet in nine. Betis lost 3-1 at Eibar on Friday, though Piccini’s early dismissal with the score 0-0 was clearly a major factor.

Betis have lost only twice at home, one of which was against Real Madrid, and the 2-0 win against Las Palmas in Victor’s first match in charge was encouraging.

It probably makes sense to ignore the Eibar loss given the early red card and take a plunge on Betis to see off their out-of-form opponents.