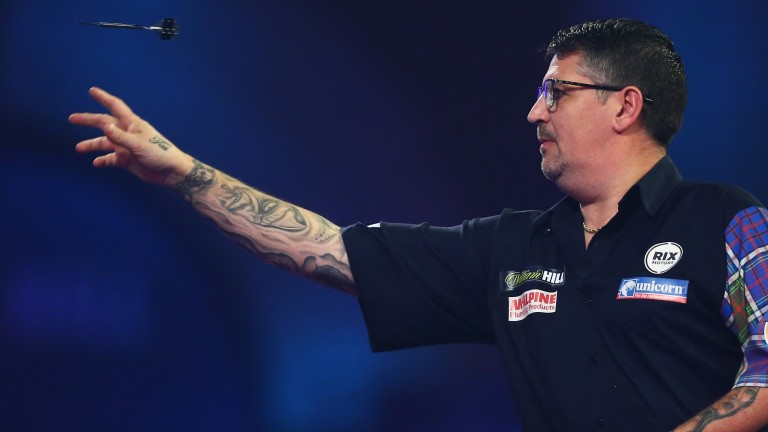 The Flying Scotsman can book his ticket to the final
Jordan Mansfield
1 of 1
By Henry Hardwicke UPDATED 11:35AM, JUL 25 2020

There have been plenty of shocks in this year's Betfred World Matchplay but a semi-final between Gary Anderson and Michael Smith has a familiar feel to it.

The betting makes it a pick 'em match at 10-11 the pair but there could be more upside to backing Anderson.

The Flying Scotsman always looked in control in his 16-12 quarter-final win over Simon Whitlock and Anderson was probably a more comfortable winner than that scoreline suggests.

Anderson's impressive scoring enabled the two-time PDC world champion to pressure the Aussie's throw and he averaged 98.09 despite hitting just 16 of his 51 double attempts.

If there is even a slight improvement in his finishing, and that's entirely possible given Anderson's past performances, Smith could struggle to live with a potential ton-plus average.

Bully Boy performed well against a below par Krzysztof Ratajski in the previous round but Anderson's scoring power is likely to put more pressure on Smith's sometimes suspect finishing.

There's unlikely to be a huge amount between the pair but at the prices the Flying Scotsman looks worth backing to book his ticket to the final.

The second semi-final pitches Glen Durrant against Dimitri van den Bergh. Duzza is the 4-7 favourite and the match prices are hard to dispute.

Durrant is averaging just over a ton in the tournament as a whole with Dimi just under at 97.09.

Both players have been involved in some tight matches and this looks like another that could go all the way.

The total legs line has been set at 29.5 in this best-of-35 clash and it could pay to get long of that mark.