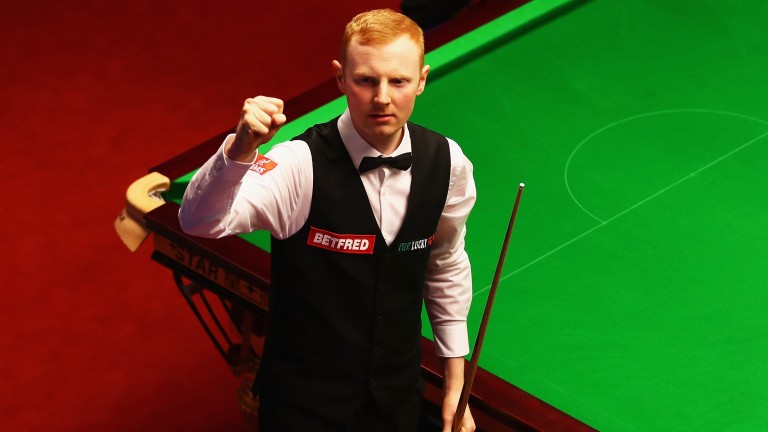 Anthony McGill may not be punching the air after his clash with Jamie Clarke
Naomi Baker
1 of 1
By Adrian Humphries 5:28PM, JUL 29 2020

BBC & Eurosport, from 10am Friday

This year's Betfred World Championship could be tough for the qualifiers with the elite top-16 players having enjoyed a rare break due to the lockdown, but it could still be worth taking the chance that at least a quarter of the seeds fail to make the last 16.

Oddsmakers disagree on how many qualifiers will win their opening matches. Sponsors Betfred go 11-10 that six or more seeds will take an early bath and 8-11 that five or fewer do so, but Ladbrokes expect more seeds to make flying starts to the 17-day marathon and go 5-6 that three or fewer qualifiers win their openers and 10-11 that four or more do.

Ladbrokes may be right to expect better from the seeds, but they may still have gone a shade low with their mark and they could see support for at least four lower-ranked players to prosper early on.

Qualifiers who could cause seeded opponents problems include Tom Ford, Elliot Slessor, Martin Gould, Matthew Stevens, Kurt Maflin, Anthony McGill, Alan McManus, Ashley Carty, Jordan Brown, Alexander Ursenbacher and Liang Wenbo, so the chance to place some faith in the outsiders, quite a few of whom used to be top-16 performers themselves, could be warranted.

McGill, who hammered Sam Baird 10-1 in the final round of qualifying for the Crucible, is 4-1 market leader with Betfred to be qualifier who wins most frames in the tournament. The Scot is shading 5-1 Gould for favouritism, then it's 15-2 Maflin and Stevens and 8-1 Slessor and Ursenbacher, the first Swiss player to compete at the Crucible.

The sponsors go 4-6 that the highest break of the tournament will be 145 or over. While that appeals as likely to happen, a price of 4-6 is not that special considered the mark has been reached only three times in the last seven years.

An alternative statistic of seven top compilations of 145 or higher in the last 12 years reads better, but punters are still shelling out three to win two so there's no value case to be made.