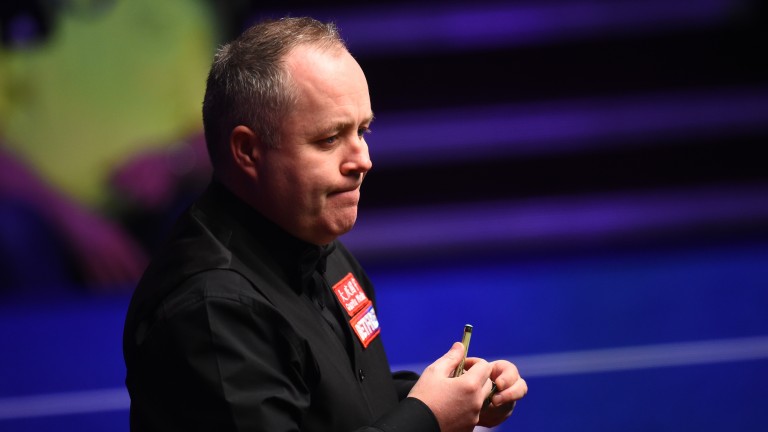 After the excitement and drama of day one, the players return to compete in the second session of the first batch of first-round matches. There are also two matches starting - last year's semi-finalist Anthony McGill takes on qualifier Ricky Walden while four-time champion John Higgins tackles China's Tian Pengfei.

Scotland's Anthony McGill suffered a heartbreaking 17-16 defeat at the semi-final stage of this event eight months ago and that narrow loss to Kyren Wilson may have left a mental scar on the 30-year-old.

The 2017 Shoot Out winner is also a former quarter finalist in Sheffield but his form since his last appearance is a major concern. He has failed to feature at the business end in any of the 12 tournaments he has entered and faces an experienced and dangerous opponent in Ricky Walden.

The layers are struggling to separate the duo and this one is fancied to go the distance. Walden has three ranking-event titles to his name and is a former world number six - he is a qualifier many of the seeds would have been hoping to avoid in the first-round draw.

Walden is also a previous semi-finalist at the Crucible and has returned playing to a better standard after a serious back injury, which had severely impacted his game and resulted in him sliding down the rankings.

The Chester cueman cruised through qualifying, beating Peter Lines 6-1 and then Ryan Day 10-5. He can certainly compete with world number 16 McGill and punters should wade into the overs market in a match that could go all the way.

John Higgins turned professional in 1992 and has competed at the top level ever since. He remains one of the best players on the planet and is expected to cruise past China's Tian Pengfei in his first-round match.

The Wizard of Wishaw reached numerous finals in 2018, 2019 and 2020 without adding to his vast collection of silverware, but a tweak to the technical side of his game has already yielded success this season.

The four-time world champion now positions his bridge closer to the cue ball which he feels provides him more control and he was a brilliant winner of the Players Championship in February, when he dismantled Ronnie O'Sullivan 10-3 in the final.

This is only a second appearance at the Crucible for his 33-year-old opponent, who was beaten by Stephen Maguire in the first round two years ago.

Pengfei was impressive in beating former world champion Graeme Dott in his third and final qualifier on Tuesday but this is a huge jump up in class.

Higgins has won all three previous meetings and was a comfortable winner on each occasion. He can again comfortably come out on top and cover the handicap.

FIRST PUBLISHED 5:20PM, APR 17 2021
Walden has three ranking event titles to his name and is a former world number six - he is a qualifier many of the seeds would've been hoping to avoid