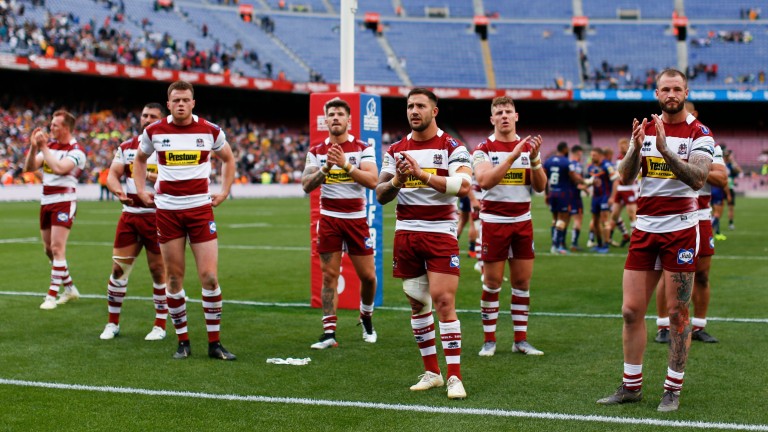 The stakes are high in the Betfred Super League with just 80 minutes of the regular season remaining.

This fixture is all about the playoff race, while the battle to avoid relegation takes centre stage on Friday.

Back in March, Wigan looked set for a survival battle themselves having lost five of their first six games. But the Warriors have turned their season around to move into second spot and will guarantee that position for the playoffs with a win over Castleford at the DW Stadium.

Adrian Lam’s team have won 11 of their last 12 matches and will be well aware that a slip-up against the Tigers will leave them in danger of being leapfrogged by Warrington and Salford who are both in action 24 hours later.

Castleford’s 44-12 rout of Hull last weekend hauled them into the fifth and final playoff berth which would be secured by an upset win.

Defeat will open the doors of the last chance saloon to Hull who host St Helens in their final fixture.

The Warriors are 4-9 to make it nine home wins on the spin - their winning streak at the DW started in April with a 6-4 success over Cas in a dour contest.

The Tigers have lost on their last four trips to Wigan including when beaten 14-0 in last year's playoffs.

Wingers Dom Manfredi and Tom Davies who scored the tries that night are both sidelined but Wigan are expected to welcome back key forwards Sean O’Loughlin and Ben Flower. Liam Farrell is suspended.

Cas coach Daryl Powell is set to stick with the side that defeated Hull but his team’s away record against top-five sides this season doesn’t inspire confidence.

The Tigers have lost on all four of their road trips to teams above them in the table, mustering just five tries in total.

Wigan's mean defence has conceded just 86 points in their eight successive home wins and it seems likely that the visitors will struggle to post points.

It’s possible to back the hosts to secure second place with a win by just seven points or more and that looks a fair bet.

FIRST PUBLISHED 3:14PM, SEP 11 2019
The Tigers have lost on their last four trips to Wigan including when beaten 14-0 in last year's playoffs