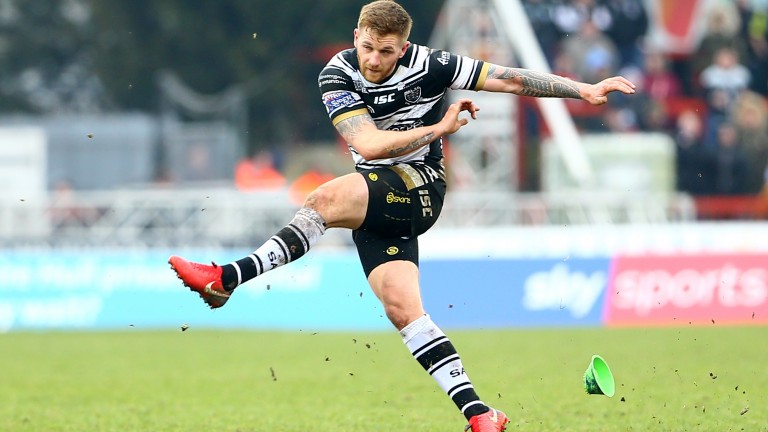 Hull’s hopes of a third Coral Challenge Cup final triumph in four seasons disappeared last weekend with a semi-final loss to Warrington and the Black & Whites' whole season depends on plotting a path to the Betfred Grand Final.

The same can be said of champions Wigan and that makes this clash at the KCom Stadium crucial with the post-season just six matches away.

However, their current third place is a more realistic goal and the Airlie Birds will be looking over their shoulders at their fourth-placed foes who’ve won six of their last seven games.

A win for Wigan will haul them to within two points of Hull.

Warriors coach Adrian Lam is able to welcome back captain Sean O’Loughlin and winger Joe Burgess from injury and is hopeful that Joe Greenwood and Thomas Leuluai will be able to make comebacks too.

Bookmakers are struggling to split the sides and it could well be as close as the first meeting between the two at the DW Stadium in February.

That night, Zak Hardaker failed to convert Ian Gildart‘s last-gasp try and the game ended 22-22 after 80 minutes. Marc Sneyd booted Hull to glory with a drop goal in golden-point extra-time.

It’s 25-1 that overtime is required again and it could be worth taking the 9-4 that a one-pointer is kicked.

Sneyd leads the way with seven drop goals in 2019 and the half-back also tops the tables for successful place-kicks with 88, an 82 per cent success rate.

With that in mind, the 15-2 about the hosts opening the scoring via a penalty goal is an appealing proposition.

Ratu Naulago made a two-try debut for Hull in the one-point win at Wigan and has proved to be one of the signings of the season, notching 11 times in 15 Super League appearances.