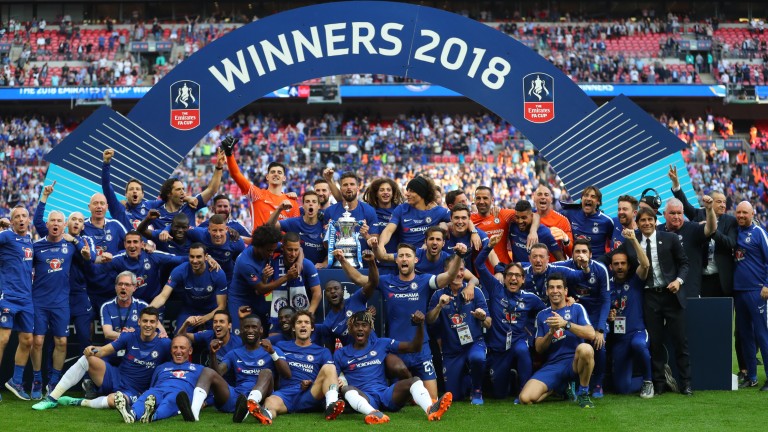 Best bet
The Premier League’s elite have been dominating this competition for decades and bookmakers don’t see that changing this season, going 20-1 bar the big six.

So it seems wise to accept that there’s little point in looking beyond the obvious if you fancy an outright punt on the FA Cup.

Since 1984 at least one member of the big six of Man Utd, Man City, Liverpool, Everton, Arsenal and Tottenham have featured in every final bar one - the 2008 showdown between Portsmouth and Cardiff.

Portsmouth and Wigan are the only clubs from outside that exclusive group to have won the tournament in the past 23 years.

And since Spurs made their last appearance in the final in 1991, three teams – Arsenal, Chelsea and Manchester United – have combined for 29 final appearances.

Arsenal and Chelsea are now in the hands of FA Cup rookies and we have little idea whether Unai Emery or Maurizio Sarri regard this thing as a meaningless distraction in a spring to be dominated by league and European ambitions, or whether a day out at Wembley would represent the pinnacle of their careers.

Ole Gunnar Solskjaer has at least breathed in the heady scent of FA Cup management – albeit briefly – having guided Cardiff through rounds three and four in 2013-14.

The upshot is one of the big boys should prevail and Solskjaer’s men could be the ones to latch on to at 9-1.

You can’t argue with the start Solskjaer has made at Old Trafford benefiting from a seriously decent squad who Jose Mourinho, for reasons known only to those in the dressing room, couldn’t get a tune out of often enough.

After a potless season in 2017-18 there is clearly a desire to win something at a club used to a fully-stocked trophy cabinet. They won’t be winning the Premier League, are out of the League Cup and Solskjaer is unlikely to be pinning too many hopes on the Champions League given Paris Saint-Germain are their opponents in the last 16.

But the FA Cup should make sense as a target. A United first team where players like David de Gea, Nemanja Matic, Paul Pogba, Marcus Rashford and Romelu Lukaku are playing at their best is a group who should be challenging for honours.

And having basically freewheeled their way through the first half of the campaign, United, who entertain Reading in round three, will have plenty left in the tank come the spring.

Long shot
Manchester City are favourites ahead of Chelsea and Liverpool, who would be far shorter than 6-1 had they not drawn Wolves away.

Spurs' strength in depth isn’t the greatest which means Mauricio Pochettino will be giving out plenty of free weekends to his stars on FA Cup days, while Arsenal can only continue to ride their luck for so long.

There’s definitely a tier of top-flight sides just under the elite group and well clear of the stragglers who can give this competition a run and Leicester appear to tick plenty of boxes.

There is enormous pressure on Claude Puel, who can’t do right for doing wrong in this country. Eighth place and a League Cup final with Southampton didn’t secure him another season at St Mary’s and the knives are out again with the Foxes ‘floundering’ in seventh.

Stylistically, it’s true, Puel sides are hard to love but he has inherited a decent squad at the King Power and has match-winners in players like James Maddison, Demarai Gray and Jamie Vardy, whose goals helped the club win a league title not so long ago.

There’s a really nice blend in the squad who, over the past month, have taken Manchester City to a shootout in the League Cup and beaten both the champions and Chelsea in the league.

A win at Newport and a fair fourth-round draw and this becomes a competition which Leicester should take seriously. Puel probably has little choice in that matter.