Californian clubs should put on an entertaining AFC West clash 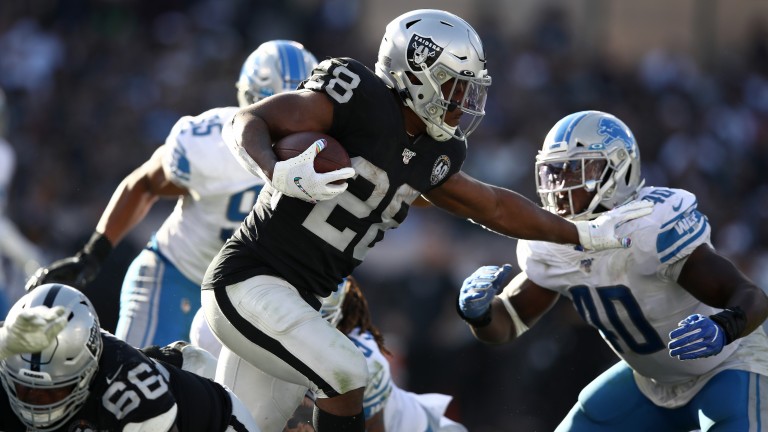 The Los Angeles Chargers have spent the early part of this week denying rumours that they are being lined up to move to London - and that has harshly taken attention away from their progress on the field.

The injury-cursed franchise looked in deep trouble after losing five of their first seven games this season but impressive back-to-back wins over Chicago and Green Bay have lifted their record to 4-5 and got them back in the hunt in the AFC West.

Winning on the road against the Bears was no mean feat but stomping the Packers, who had lost only one game going into the clash, was a real head-turner.

That said, the fact that the Chargers are only marginal favourites for this contest after those results shows the respect the Raiders have earned this season.

Dismissed as a comedy franchise in pre-season as Antonio Brown's dramatics grabbed the headlines, Jon Gruden's Raiders have looked a much-improved team on the field.

They have also beaten the Bears this season, as well as scoring a solid success over Indianapolis - and they would also be looking for a third win in a row but for a harsh and narrow defeat to Houston in Week Eight.

The best bet for what should be a decent contest may be to back the points total to go over the line.

The Raiders have some decent offensive options, with rookie running back Josh Jacobs topping 120 rushing yards in three of the last four weeks, but they have consistently conceded high points totals, with their opponents registering scores of 16, 28, 34, 24, 21, 42, 27 and 24 points this season.

The Chargers have developed their defence into an impressive unit, but with both sides suffering defensive injuries, the offences should hold sway.

The points total has gone over in five of Oakland's last six games.