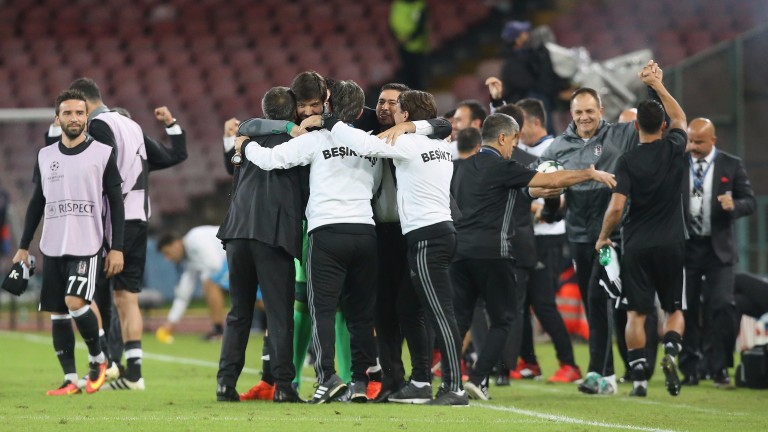 Besiktas need maximum points from their remaining four games of the season to guarantee finishing top in Turkey and they can take the first step by winning at fourth-bottom Bursaspor.

The Istanbul giants had been top of the table from late January to early May but were nudged into second place on Saturday when title rivals Istanbul BB won 2-1 at home to Genclerbirligi.

Besiktas have come under pressure after taking just one point from their last two games, including a 3-1 loss away to Istanbul BB which blew the title race wide open.

Only a victory at Bursaspor will take them back to the top but it looks a match they should win with something to spare.

Bursaspor were a regular fixture in the top six in the first half of the season but have been on a dreadful run, losing 11 of their 15 league matches since Christmas Day.

They still need another two points to make sure of staying up but may have to rely on other teams because their recent performances have been dreadful.

The Green Crocodiles have sustained three heavy defeats in succession, losing 5-1 at Akhisar, 5-0 at home to Galatasaray and 6-0 away to Caykur Rizespor.

Last Saturday’s loss to third-bottom Caykur Rizespor was the worst of the lot and it is hard to see how they are going to respond with a competitive performance against one of the strongest, most consistent teams in the league.

Besiktas have not been outside the top two since October 1 and are 2-7 to successfully defend the title they won last season.

They have won all of their six matches against teams in the bottom four and can sweep aside Bursaspor without conceding a goal.