Bertens no slouch on clay 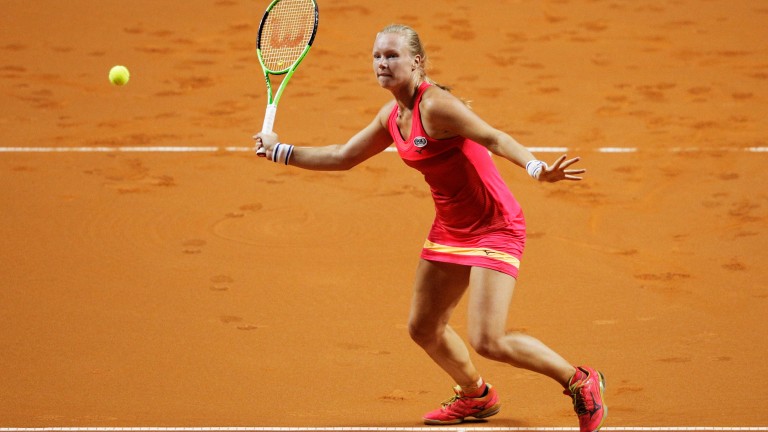 Kiki Bertens is realising her potential on the red dirt
Adam Pretty
1 of 1
By Adrian Humphries 6:44PM, MAY 11 2017

Kiki Bertens is showing for the second year running that she is a player to be taken seriously on clay and the Dutchwoman may have enough to end the hopes of Anastasija Sevastova in their Madrid Open quarter-final clash today.

Formwise, there may not be much between the pair. Sevastova ousted Lara Arruabarrena 7-5 6-2 yesterday while Bertens eliminated Irina-Camelia Begu 6-1 7-5.

But while Arruabarrena has made strides of late, Begu can be a tough cookie to defeat on the slow red terrain and Bertens absolutely demolished her in their opening set. Begu got closer in set two, but the damage was done in the opener.

It’s third-round day in the men’s singles and the support for David Goffin to beat Milos Raonic could be well founded. But it’s difficult to be totally confident that an upset could happen, so it could be a match to watch.