Bernard return may make the difference for Shakhtar 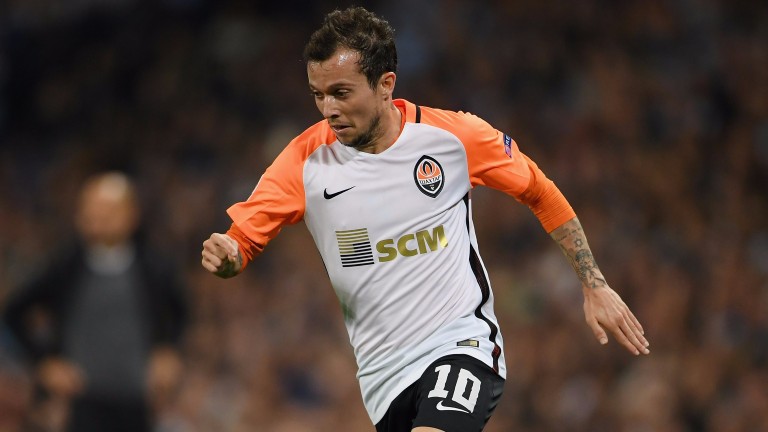 Shakhtar Donetsk are giving heavyweight duo Manchester City and Napoli a run for their money in Group F and can cement second place with a victory over Feyenoord.

The Ukrainian champions have been coping well in a tough section and showed their mental strength by coming from behind to beat Feyenoord 2-1 in Rotterdam on matchday four.

They are generally a stronger outfit at home and are boosted by the return to fitness of key midfielder Bernard, who scored both their goals in Rotterdam.

Feyenoord were surprise winners of the Dutch league last term but have looked totally out of their depth in a tough section.

They have shipped nine goals – the third-highest at the halfway point of the group stage – and are unlikely to put up stiff resistance.

Key stat
Shakhtar have scored in the first half in all of their last seven home games.