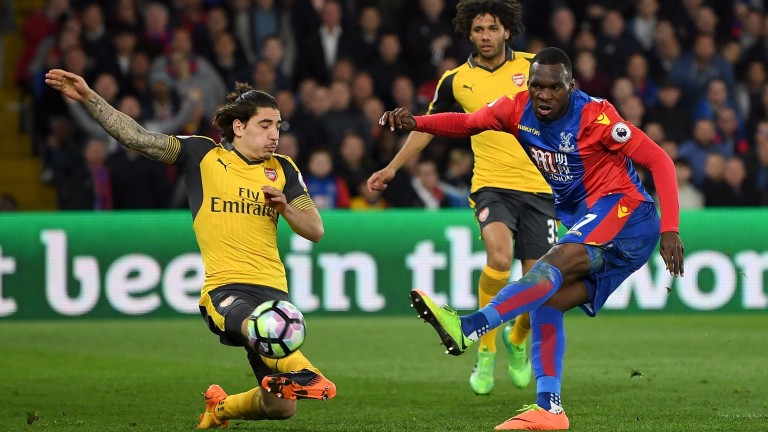 Sam Allardyce's reputation as the man for a Premier League relegation crisis has been enhanced by the results Crystal Palace have gained over the last two months.

Five wins and a draw from their last seven matches have eased the pressure at Selhurst Park immensely and the loan signing of central defender Mamadou Sakho has corresponded with an upturn in their fortunes.

The immediate problem Allardyce has, however, is that the Frenchman is not available to play against his parent club Liverpool at Anfield.

Having beaten Chelsea and Arsenal in the last three weeks, Palace should not be edgy about pitting their wits against teams in the top six and they should get used to it as they still have Tottenham and the two Manchester clubs to face this season.

This will be a tough test for their defence to pass. Although injuries have robbed Red boss Jurgen Klopp of two of his most creative players in Adam Lallana and Sadio Mane, they are unbeaten in their last seven matches and capable of creating plenty of chances.

Qualification for the Champions League would represent a decent season for Liverpool and they have scored at least twice in 11 of their last 13 Premier League games at Anfield.

So while pessimists may be thinking they are not finishing the season in a blaze of glory, that is harsh after gutsy wins at Stoke and West Brom in the last two weeks.

But Palace's may not be the only rearguard that has a busy afternoon.

Although Swansea's 3-2 victory in January is the only home league loss Liverpool have suffered in the last 15 months, eight of the last ten visitors have found the net - a group that surprisingly does not include Tottenham or Manchester City.

Both teams to score would be an attractive is slight more was on offer than 4-5, but a chance should be taken on Palace striker Christian Benteke finding the net.

The Belgian flourishes on the service he receives, particularly from the electric Wilfried Zaha and, with five goals in his last five matches, which included a brace for his country against Russia, he should be keen to make a statement against his former club.

Crystal Palace
On-loan defender Mamadou Sakho is unable to play against his parent club. James Tomkins could start, while Loic Remy and James McArthur could be in contention.