Cincinnati offence is still a cause for concern 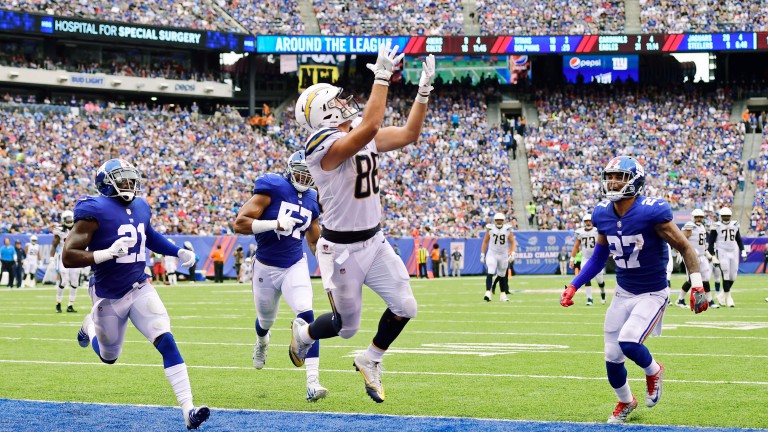 Best handicap bet
Indianapolis +11
Indianapolis are enduring a pretty miserable campaign and although they have won two of their seven matches, few will be inspired that those victories have come against the only winless teams in the NFL, Cleveland and San Francisco.

Colts fans have been waiting all season for signs that quarterback Andrew Luck is fit, but even he would have struggled against Jacksonville last week when his replacement Jacoby Brissett was sacked ten times.

They fell 27-0 to their AFC South rivals seven days ago and coach Chuck Pagano's job looks to be hanging by a thread, but while that was not the first occasion they have been blown out this season, it may not happen this week.

The Colts have been handed an 11-point start for their trip to Cincinnati and there looks a decent chance that they may be able to stay within it.

The Bengals have had their fair share of disappointments already this season and it is worth remembering that they have averaged just 16.3 points per match.

The figure goes down to a league-low of 9.7 for their home matches at Paul Brown Stadium and while their figure of 18.7 conceded per game is the seventh best in the league, it looks as if they will have to find their best offensive reserves to win by such a hefty margin.

That may be easier said than done as they failed to score a point in the second half of their 29-14 defeat to Pittsburgh last week.

They are not firing on all cylinders and when the offensive line have given him some protection, Brissett has not been playing badly.

He hasn't thrown an interception in his last three games so, for once, it looks as if they may be able to remain competitive.

Next best
New York Jets +6.5
The Jets were expected to struggle this season and there was even talk of them tanking to gain the first pick in next spring's draft, but they would have come into this week with a winning record had they been able to hold on to a 14-point lead against Miami last week.

They have proved stronger than most observers anticipated and there is potential for them to chase Atlanta all the way at the Meadowlands.

The Falcons are struggling to hit the heights they reached in making February's Super Bowl and took until the fourth quarter to score in last week's 23-7 defeat in New England.

They have covered the handicap in just two of their matches this season and they would be warned against having one eye on next week's key divisional clash against Carolina.

Best points bet
Over 17.5 Chicago points
Rookie quarterback Mitchell Trubisky appears to be being eased into his new job in Chicago considering he made just seven passes in last week's 17-3 win over Carolina.

But the Bears were still able to score that many points against one of the league's most celebrated defences and it does not look as if they will face as tough a test when they head to New Orleans.

Trubisky could be more heavily involved against a team who allowed Tom Brady to throw 447 yards and Matthew Stafford to lob 312 yards in their two home matches.

The Saints conceded a total of 74 points in those games and while New England and Detroit are more prolific than the Bears, they can eclipse the total they posted last week.

Best player bet
H Henry to score a touchdown
Tight end Hunter Henry is proving one of Philip Rivers' top targets for the Los Angeles Chargers and he should be heavily involved again when they head to New England.

The Patriots have had difficult defending players in that position this season - they have conceded a tight-end touchdown in five of their seven matches.

And Henry looks set to have a huge role to play. He has collected the ball 20 times in the Chargers' last three matches and will be poised for action close to the goal line.