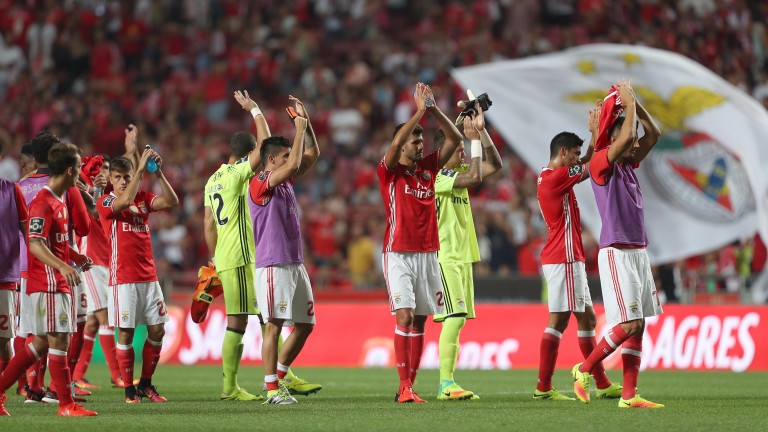 Benfica could have plenty to celebrate this season
Carlos Rodrigues
1 of 1
By Mark Langdon 5:08PM, JAN 9 2017

The League Cup - or the Taca da Liga - is the lowest priority for Portugal's big clubs but Benfica have a superb record in the competition and can continue their love affair with the tournament by beating Vitoria in Guimaraes.

There have been nine years of Taca da Liga action and Benfica have won seven of the last eight with the only failure coming when Braga beat Porto in the 2013 final.

It highlights the fact that not only do Benfica devour trophies but they also have the squad to fight on domestic and European fronts.

With Porto and Sporting already eliminated from this season's competition and Braga in a battle to qualify, this trip may yet be the most difficult obstacle between Benfica and more silverware.

A draw from this final group game will send Benfica through to the semi-finals while Vitoria need a win to leapfrog the Lisbon outfit.

As the hosts chase the game they could be outclassed by Portugal's top dogs, who maintained their advantage at the league summit with a 2-0 win in Guimaraes on Saturday.

Benfica boss Rui Vitoria is likely to make changes but it should not matter too much against his former club, particularly as the hosts are definitely missing their biggest threat.

Ten-goal Moussa Marega is at the Africa Cup of Nations with Mali and without the on-loan Porto man it is difficult to see Vitoria denying odds-on backers.