Consistent Belgians look to have a clear edge 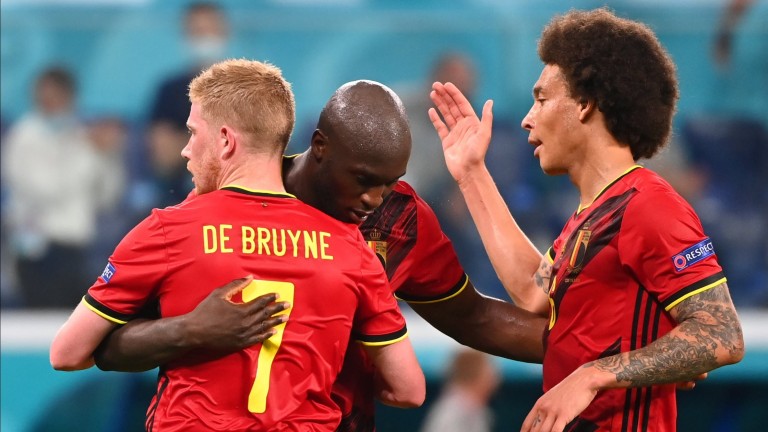 Martinez's well-rested defence can stifle five-goal Ronaldo and let the world's top-ranked team's frontmen do the business against ageing Pepe.

Belgium
Youri Tielemans is likely to return after being rested against Finland.

Portugal
Fernando Santos has a clean bill of health.

Golden Boot market-leaders Cristiano Ronaldo and Romelu Lukaku go toe to toe in Seville as two of the group stage's most entertaining nations clash in one of the ties of the last 16.

Belgium have headed to southern Spain after an almost picture perfect ride through their Group B campaign, winning all three games and playing some delightful football.

For Portugal it was far more of a struggle, eventually needing yet another Ronaldo penalty – his third of the finals – to earn a 2-2 draw against world champs France and a place in this stage as a lucky loser.

Despite making it this far both countries are easier to back now than they were before the tournament kicked off, partly due to the fact that slated next-stage opponents, Italy, have been a smash with the layers, while they are also in the brutal the top half of the draw.

But these two can look no further than this encounter on the ropiest of playing surfaces, and Belgium do look the better, more consistent side and, therefore, worth backing.

Memories of how Portugal almost lucked their way to glory five years ago – with no 90-minute wins in any of their first five matches – aren't easy to dispel. And it's interesting that one of the stars of that run, Renato Sanches, something of a forgotten man this time round, returned to the starting 11 against France and looked excellent.

But Belgium are a serene outfit under Roberto Martinez, easy on the eye and full of goals, and also blessed with the more helpful schedule. This is their fourth game in 15 days; it's Portugal's fourth in 12.

Portugal manager Fernando Santos has been vocal in his criticism of the fact that the Red Devils have had an extra 48 hours off going into this. Ronaldo and Pepe may seem indestructible, but they are 36 and 38 and on a hot night in Seville it would be no surprise if they wilt.

The other benefit for Belgium, of course, is that having qualified after two matches they were able to rest players while also managing to give game time to the returning Kevin de Bruyne and Axel Witsel. They have plenty in their favour.

Santos effectively deployed four up top against Germany in a Group F showdown which went horribly wrong, ending in a 4-2 loss to a poor opponent.

He wouldn't make that mistake again and reverted to 4-3-3 against France.

There have been so many goals in their matches – 13 at 4.33 per game – that there must be a temptation to think there will be more here. But the caveats are the pitch isn't pretty and the fact that six of those 13 goals came in the German game when Santos got it tactically wrong and it turned into a school match.

Belgium have scored in each of their last 26 competitive matches, scoring at least twice in 24 of those.

Under eight corners
Portugal average 4 per game, Belgium 3.6, so the clues are there

Under four cards
Each nation averages 0.3 cards per game so can hardly be accused of being dirty