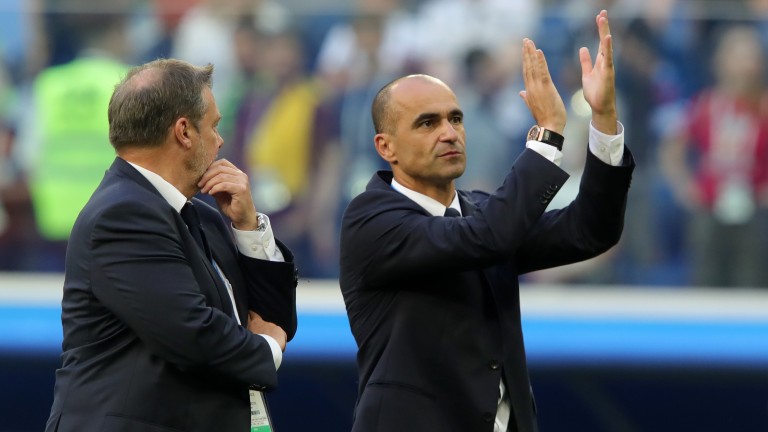 Roberto Martinez led Belgium to a third-placed finish at the 2018 World Cup
Alexander Hassenstein
1 of 1
By James Milton 9:05AM, JUN 13 2021

Roberto Martinez arrived in English football in 1995 as one of Wigan's 'Three Amigos' and another triumvirate of stars has played a crucial role during his five years as Belgium manager.

While the Latics were inspired by glamorous Spanish imports Martinez, Jesus Seba and Isidro Diaz, Belgium's rise to number one in the Fifa rankings owes much to Kevin De Bruyne, Romelu Lukaku and Eden Hazard.

De Bruyne, a doubt for the start of the tournament due to a facial injury, and Lukaku have enjoyed title-winning campaigns with Manchester City and Inter. However, skipper Hazard has had a tough couple of seasons at Real Madrid, scoring just four goals in 21 La Liga starts.

Belgium's supporting cast is packed with quality, from Real goalkeeper Thibaut Courtois to Leicester's FA Cup hero Youri Tielemans and Napoli's record scorer Dries Mertens, although the squad's age profile suggests this may be the last chance for a golden generation to land silverware.

The Red Devils showcased their depth of talent in March's 8-0 World Cup qualifying win over Belarus when Michy Batshuayi, Leandro Trossard, Dennis Praet and Christian Benteke were among the scorers.

Such comprehensive victories have become the norm under Martinez, whose side stormed through Euro 2020 qualifying with ten wins out of ten and a goal difference of +37.

Scotland and Russia, the other two Group I qualifiers, were brushed aside 3-0, 4-0, 3-1 and 4-1 and Belgium won five of last year's six Nations League games against Iceland, England and Denmark.

They blew a great chance of glory at Euro 2016, losing to Wales in the quarter-finals when the path to the final had opened up enticingly, but there was no shame in a 1-0 semi-final defeat to France at the World Cup when they had 64 per cent of possession.

As Wigan manager, Martinez sprung one of the great FA Cup final shocks, beating Manchester City in 2013, but it would be far less of a surprise if he lifts another trophy at Wembley this summer.

Manager - Roberto Martinez: The Spaniard was a surprise appointment in 2016 after an underwhelming three-year spell at Everton. His possession-based approach seems well suited to a gifted generation of Belgium players, who have reached the 2018 World Cup semi-finals and the top of the Fifa rankings.

Prospects: The number-one team in Fifa's world rankings have to be respected although their squad looks a little less intimidating than it did at Euro 2016 and the 2018 World Cup. A star-studded attacking unit should be too good for their group opponents but Hazard's poor season in Madrid and a creaking defence must be concerns for Belgium backers.

Inside info - Andy Brassell, European football journalist: I was a bit surprised Axel Witsel was selected given he hasn't played since January but I suppose you can do that with a 26-man squad.

It would be an enormous bonus if Hazard returned to his previous level, while it's pleasing Jan Vertonghen is fit. He played more minutes than any other outfield player in Portugal this season and can cover a few different positions.